Today, 18 September 2017, a global coalition of civil society organisations, led by European Digital Rights (EDRi), submitted to the Council of Europe its comments on how to protect human rights when developing new rules on cross-border access to electronic evidence (“e-evidence”). The Council of Europe is currently preparing an additional protocol to the Cybercrime Convention. EDRi’s Executive Director Joe McNamee handed the comments over to Mr. Alexander Seger, the Executive Secretary of the Cybercrime Convention Committee (T-CY) of the Council of Europe. 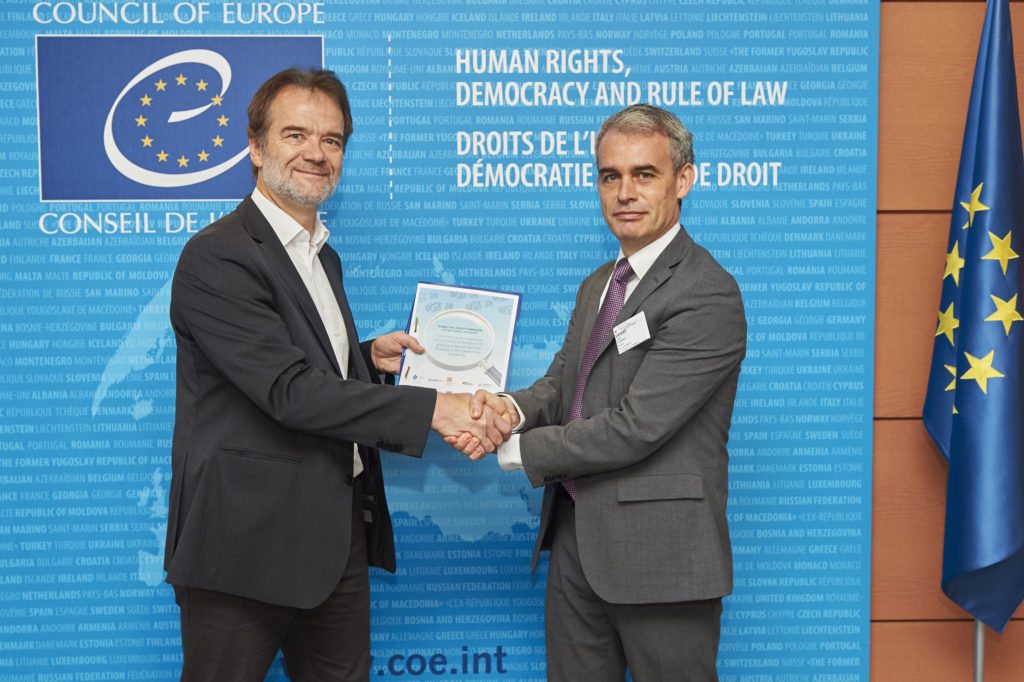 Over the next two and a half years, the work on the new protocol needs to incorporate the civil society principles presented today,

Global civil society is engaging in this process to ensure that any harmonisation in this crucial policy area is up to the highest human rights standards, in line with the ethos of the Council of Europe,

We are a group of 14 civil society organisations from around the world. We submitted our comments and suggestions on the Terms of Reference for drafting a Second Protocol to the Cybercrime to the Council of Europe. Our aim is to make sure that human rights are fully respected in the preparation of the new protocol. In this global submission, we emphasise the importance of an inclusive, open and transparent drafting process. To facilitate the Council of Europe’s and the State-Parties’ work, we have elaborated key principles that will serve to guide the work of the Drafting group and allow us to engage constructively in the coming two and a half years.

It is vital that the new protocol, if adopted, include and respect three basic principles:

We remain open to work with other civil society organisations in integrating these principles.

Electronic evidence (“e-evidence”) refers to digital or electronic evidence, such as contents of social media, emails, messaging services or data held in the “cloud”. Access to these data is often required in criminal investigations. Since in the digital environment the geographical borders are often blurred, investigations require cross-border cooperation between public authorities and between public authorities and the private sector.

Global Civil Society Submission to the Council of Europe: Comments and suggestions on the Terms of Reference for drafting a Second Optional Protocol to the Cybercrime Convention (08.09.2017)
https://edri.org/files/surveillance/cybercrime_2ndprotocol_globalsubmission_e-evidence_20170908.pdf