Instead of coming up with a meaningful plan, the EU’s new migration pact explicitly doubles down on containment and border security and opens the door to increasingly more draconian tools of surveillance using new technologies, write Petra Molnar and Kena-Jade Pinto, who recently travelled to the Moria refugee camp in Lesvos.

Instead of coming up with a meaningful plan, the EU’s new migration pact explicitly doubles down on containment and border security and opens the door to increasingly more draconian tools of surveillance using new technologies, write Petra Molnar and Kena-Jade Pinto, who recently travelled to the Moria refugee camp in Lesvos.

Petra Molnar is a Mozilla fellow and lawyer working for the European Digital Rights Group, EDRi, and Kenya-Jade Pinto is a filmmaker, lawyer, and Documentary Accelerator Fellow with Hot Docs.

Walking through the gates of the hastily constructed camp near Kara Tepe, Lesvos, it is hard to hear each other – the wind howls so loudly it makes it difficult to breathe. This rocky outcropping is the newest site of containment on Europe’s borders, one housing over 9,000 people displaced during a global pandemic, with no idea when or how they will be able to leave.

This Monday, we returned from the island of Lesvos, the site of the latest tragedy on European borders – the burning of the Moria refugee camp. We witnessed thousands of people being sequestered on a barren stretch of road without food or water, tear-gassed, and then being herded into a new camp hastily built on the grounds of an old shooting range on a windswept peninsula.

We entered the camp with a group of journalists and saw firsthand the inadequate living conditions, as well as a barbed-wire facility keeping suspected COVID cases apart from everyone else.

The situation is made all the worse by the COVID-19 pandemic, which has drastically reduced asylum applications and exacerbated the protection risks faced by people warehoused in camps without adequate running water or sanitation, let alone an ability to socially distance. 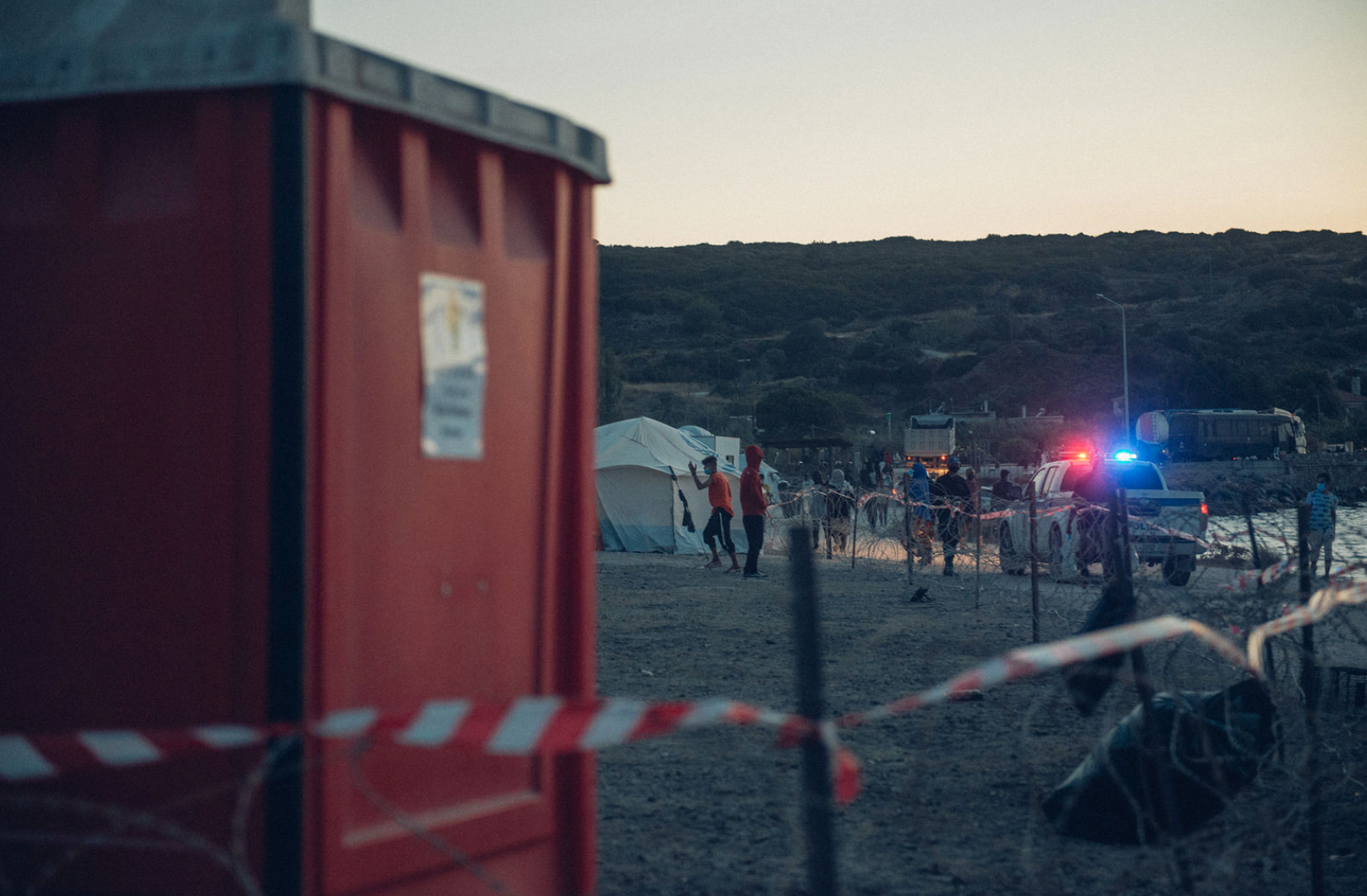 However, instead of opening the island camps and coming up with a meaningful plan for years of inaction, the EU’s new migration pact explicitly doubles down on containment and border security, opening the door to increasingly more draconian tools of surveillance using new technologies.

With European Digital Rights (EDRi), we have been documenting the rise of migration management technologies, including drones, automated decision-making, AI-lie detectors and biometrics to police and control migration.

More and more, violent uses of technology work to push European borders farther afield, contributing to policies of border externalization, making Europe’s migration issues someone else’s problem. These policies have direct and dire consequences – drownings in the Mediterranean, pushbacks to Libya, years-long detention in decrepit camps like Moria, and many others.

Various people in our interviews on Lesvos were concerned about proposed increased screening and surveillance mechanisms to keep people contained, tracked, and managed. 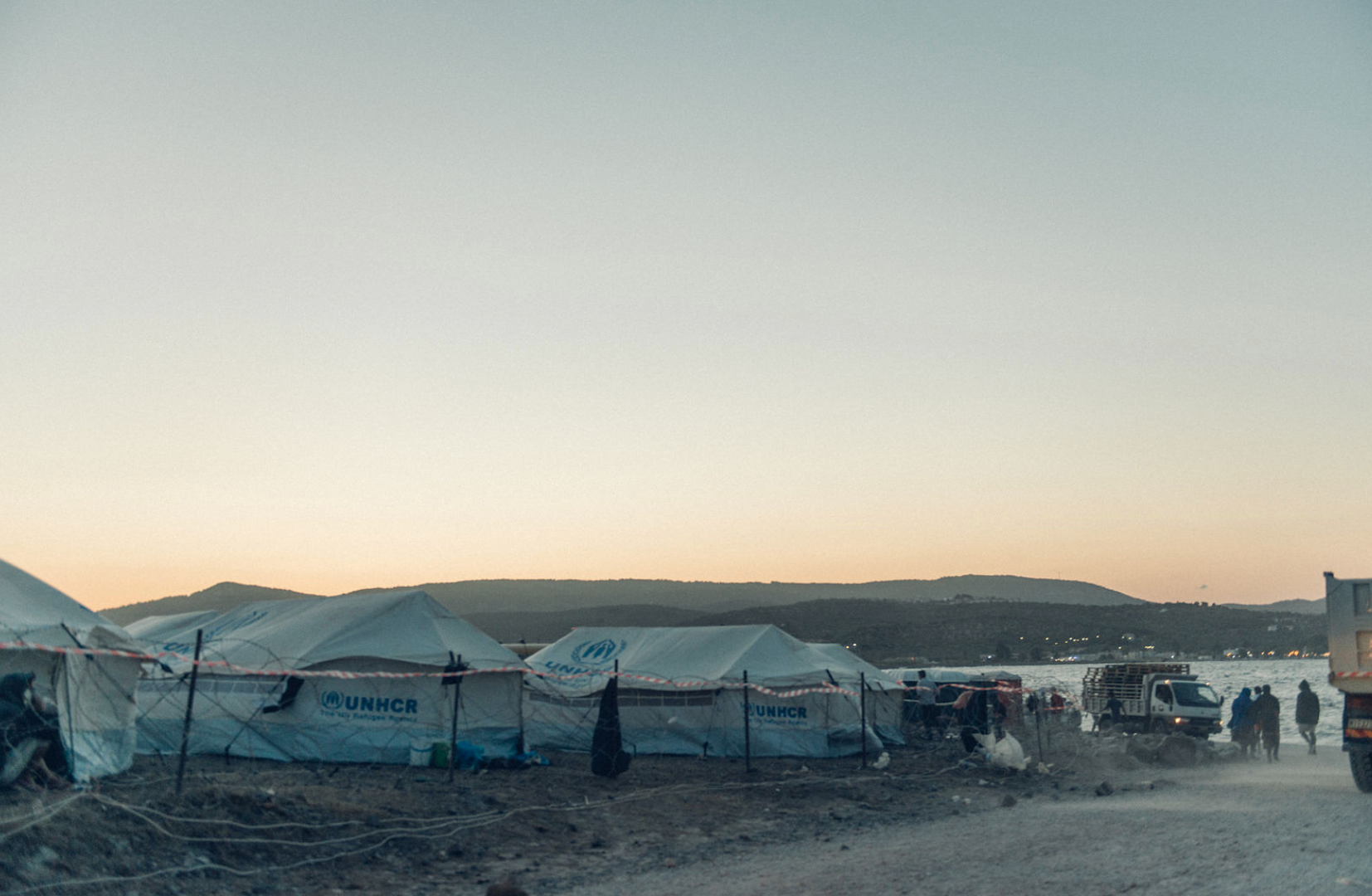 Wednesday’s pact also notes a proposed pilot project on introducing facial recognition software to the central system of eu-LISA, of The European Union Agency for the Operational Management of Large-Scale IT Systems in the Area of Freedom, Security and Justice.

According to the pact, this system will study the feasibility of comparing facial images, including the faces of minors.

Places like Greece, ‘Europe’s Shield,’ also act as testing grounds for new technologies and surveillance mechanisms. Just a few days ago, FRONTEX announced that it was piloting a new aerostat maritime surveillance system, using Greece as a testing ground. Yet the use of technology is never neutral – it reinscribes the way that powerful actors are able to make decisions that affect thousands of people.

Along with Big Tech, big money is also involved in the management of borders, with private security companies making major inroads with lucrative contracts for shiny new tech experiments presented as a way to strengthen border security.

Unfortunately, these strategies of surveillance and automation are a global phenomenon, increasingly targeting people on the move without oversight, accountability, and redress mechanisms.

These technological experiments also play up the ‘us’ vs ‘them’ mentality at the centre of migration management policy. Instead of long term viable redistribution of resources across the EU and timely processing of people’s asylum, turning to techno-solutionism and migration surveillance will only exacerbate deterrence mechanisms already so deeply embedded in the EU’s migration strategy.

If the tragedy of Moria burning down isn’t enough to force the EU to change its violent border policies, what is?