Bad leadership could kill the open internet in Europe

Bad leadership by just one or two Members of the European Parliament is in danger of killing the open internet in Europe.

The Industry Committee (ITRE), which is responsible for the current European Commission proposal on “net neutrality”, is one of the most expert committees in the European Parliament. It has repeatedly identified threats to competition and innovation and has worked to protect online freedoms. It has repeatedly called for legislation to protect the open Internet. However, the views of the MEP (Pilar Del Castillo, from the EPP Group) that has been put in charge of the dossier in the Committee appear neither to correspond to those of her own political group nor the Committee that entrusted her with this task.* 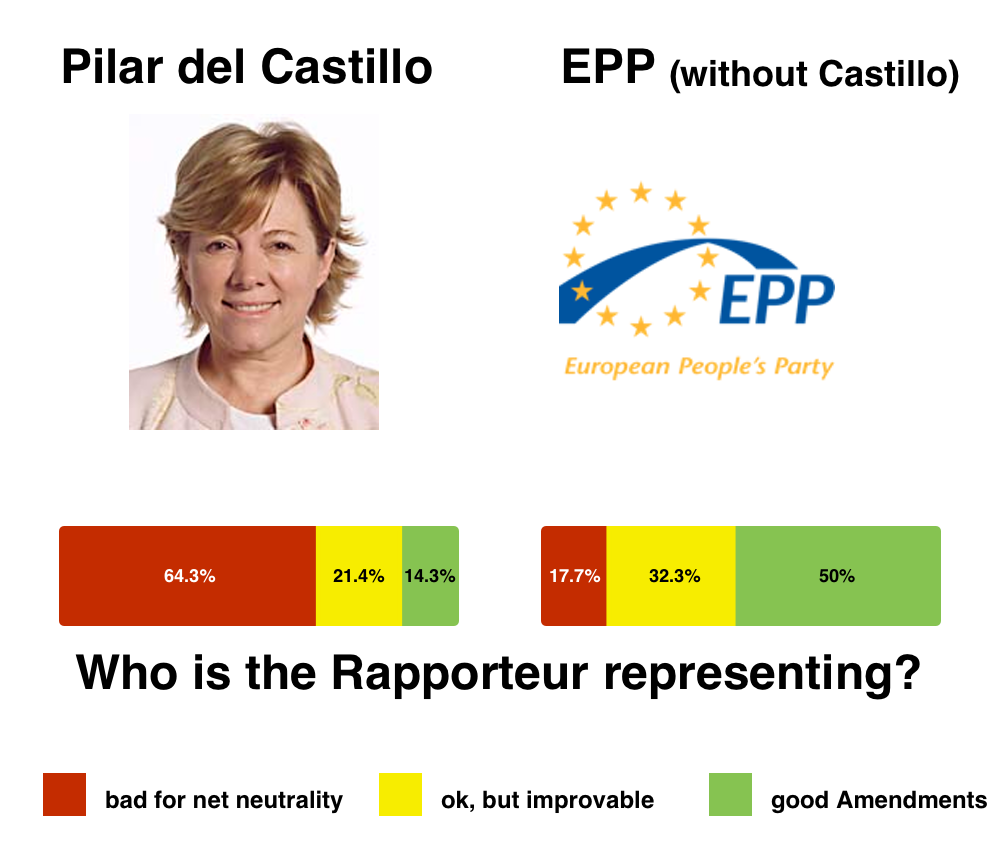 So far, for reasons that are far from obvious, the Members of the European People’s Party in the Industry Committee have stood by and watched as Del Castillo proposed often bad amendments and as she has seeks to foist bad and frequently incoherent “compromise amendments” on the Committee. These alleged “compromises” are significantly worse than useless – generating legal text which frequently makes little or no sense and which, if adopted, would create huge problems for regulators. Her suggested “compromise” texts are sometimes contradictory and sometimes meaningless and create an impossible task for regulators,as they would be forece to guess what meaning national courts would attribute to them.The divide between the strong support of Industry Committee as a whole for free speech, competition and innovation and the protectionist views of Ms Del Castillo is even more stark. It also remains unclear whether MEPs responsible for negotiating for the other political groups will allow themselves to be railroaded into accepting a “compromise” that is contrary to the view of a majority in the committee and that is against the best interests of European citizens and European businesses. 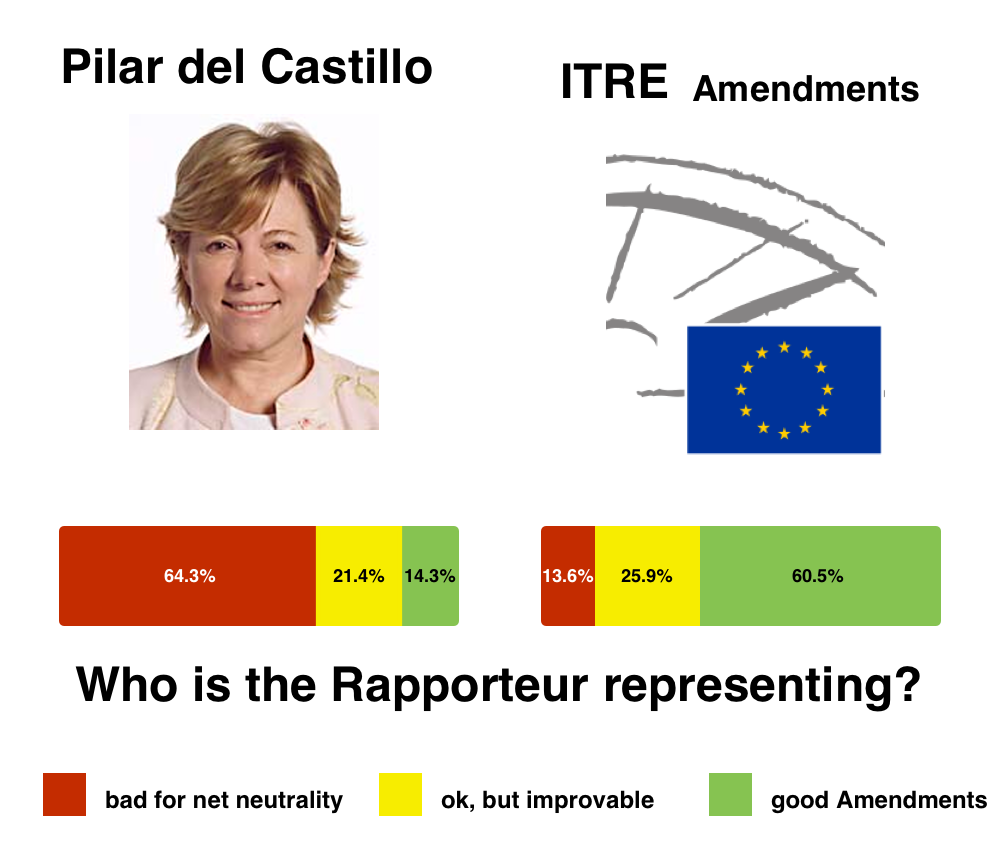 The views of the Liberal (ALDE) and Socialist (S&D) groups will be key. The Liberal (ALDE) group’s amendments are broadly insightful, precise and quite comprehensive. The big danger is that the MEP (Jens Rohde, Denmark) who is in charge for the group, is so focussed on the issue of mobile phone roaming fees, that there is a risk that he will give up on open internet and competition measures as part of a wider compromise. This is almost certainly the plan that the European Commission had when the entire process was launched. The MEP in charge for the Socialists and Democrats Group, Catherine Trautmann (France) has been quite muted on the question of preserving the open internet. A clear statement that she will support the views of her political group is desperately needed. As for the remaining groups, the Greens/EFA and the conservative ECR group has generated an unlikely alliance of 26-year old pirate Swede Amelia Andersdotter and 68-year-old British Conservative Giles Chichester. Both political groups appear to be solid in their support for clear, pro-freedoms, pro-business legislation, showing that this is an issue which, combining economic and civil rights, transcends normal political cleavages.