Civil society across Europe launches the “Reclaim Your Face” campaign, demanding that local and national authorities  listen to their communities about the serious risks of using facial recognition and other biometric technologies in public spaces. The newly formed coalition calls to ban biometric mass surveillance, in reaction to the rapid and secretive roll out of invasive and unlawful technologies by police forces and local authorities in many European countries. 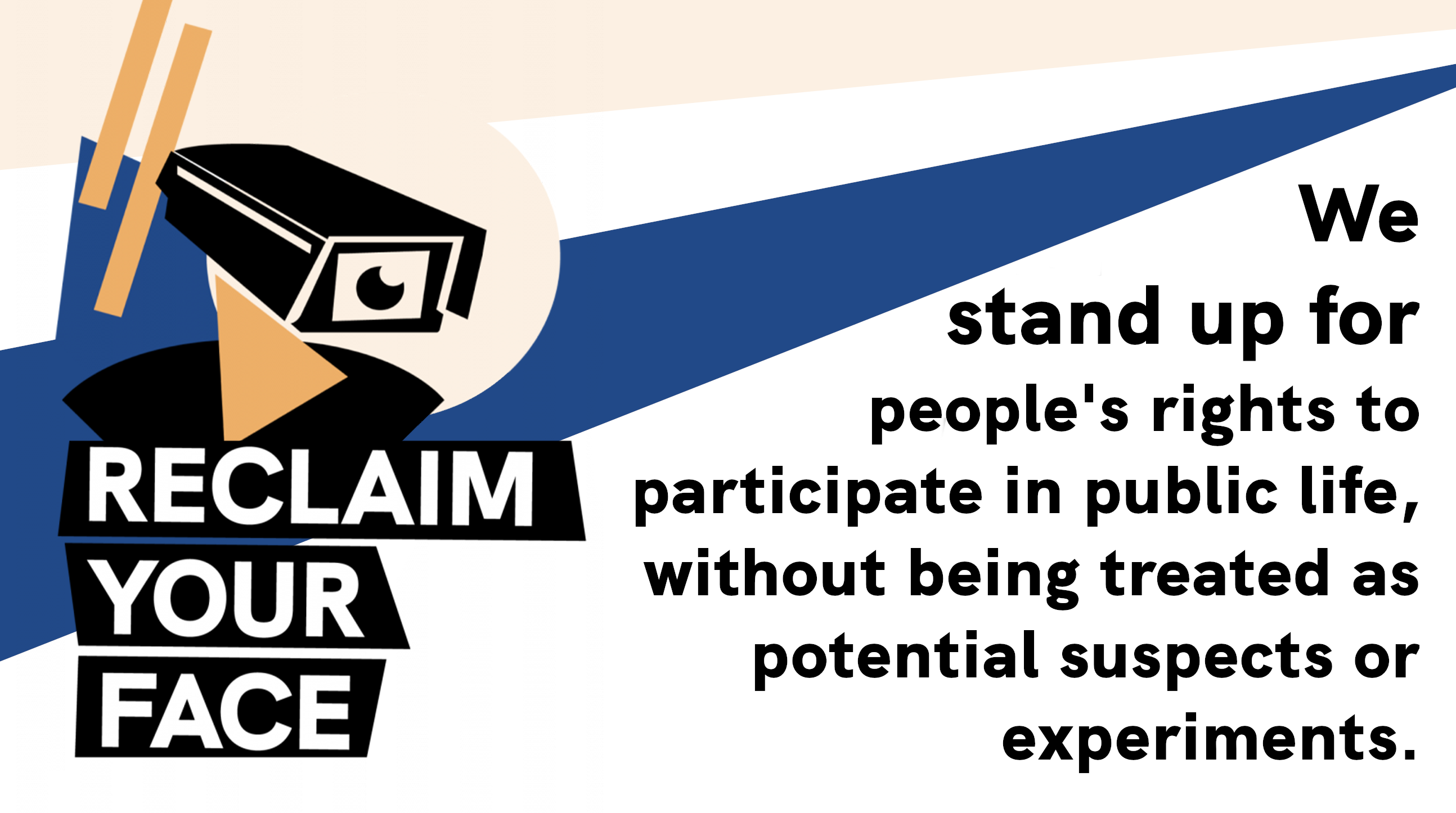 Public spaces are where we share experiences and join together. Meeting up with friends to hang out. Taking a walk in the park. Organising a community celebration. Holding political discussions. Protesting injustices. All of these activities are under threat as European local authorities, police forces and private companies roll out biometric technologies that track and target ordinary people in public spaces. The European Commission has said that all legislative options are still on the table: we urge them to draw lines at uses of biometrics which are clearly incompatible with our fundamental rights.

The launch of the “Reclaim Your Face” campaign by 12  human rights groups from across the EDRi network signals people’s opposition to the way private companies and governments experiment with exploitative tools that reduce our bodies to mere data points. We are standing up for people’s rights to participate in public life – without being treated as potential suspects or experimental test subjects.

We would never accept a person following us constantly, monitoring and assessing who we are, what we do, when and where we move.

Not only because our behaviour will automatically change because we know we are being watched, but we also risk to being considered a threat because the algorithm misjudges a gesture or a facial expression that we make. Some of us might be even considered a crime suspect because of the way we are dressed, because of the colour of our skin or because we simply attended a protest. What’s worse, we won’t even know we’re being watched, who is watching, for what reason and for how long.

Facial recognition and other biometric technologies used for indiscriminate or arbitrarily-targeted surveillance in public spaces act just like that – turning every one of us into a potential suspect; watching and analysing us all of the time; seriously infringing upon our rights to privacy and data protection.

In a turbulent year marked by a global health crisis, we have watched as governments have abused their power to put limits on people’s freedoms, and as companies have exploited the situation to gather ever more biometric data about us. The Reclaim Your Face coalition has risen up against the widespread abuse of our biometric data before and during the pandemic.

We are mobilising to challenge invasive biometric mass surveillance in our streets and communities, for example:

Over the coming weeks and months, we will be sharing more of the actions that are being taken on the ground by the coalition, to resist the spread of biometric mass surveillance across Europe.

To show your support for the campaign, join our call to local, national and European policymakers. We urge them to listen to the public, to reveal how they are using biometric surveillance, and to take action to ban biometric mass surveillance across Europe.

It’s time to Reclaim Your Face!