Competition law: what to do against Big Tech’s abuse?

This is the second article in a series dealing with competition law and Big Tech. The aim of the series is to look at what competition law has achieved when it comes to protecting our digital rights, where it has failed to deliver on its promises, and how to remedy this.

This is the second article in a series dealing with competition law and Big Tech. The aim of the series is to look at what competition law has achieved when it comes to protecting our digital rights, where it has failed to deliver on its promises, and how to remedy this.

Read the first article on the impact of competition law on your digital rights here.

Almost everybody uses products or online services from Big Tech companies. These companies make up a considerable part of our online life.

This concentration of power in some sectors of the digital market (think search, social media, operating systems) by a small number of companies is having devastating effects on our rights. These companies are able to grow exponentially by constantly watching us and harvesting our personal data, which they then sell to data brokers, governments and dodgy third parties. With billions of users, these companies acquire an unprecedented level of knowledge about people’s most intimate lives. 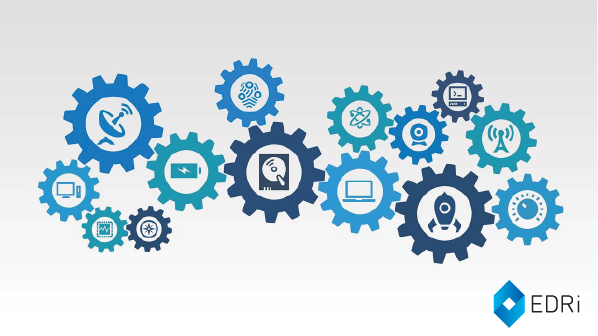 They were able to achieve this by nudging people into giving up their personal data and by artificially creating powerful network effects linked to their dominant position that keeps users on a platform despite its intrusiveness. Accessing large quantities of data and creating locked-in user communities gives dominant platforms a strong competitive advantage while creating barriers of entry for competitors.

While being in a dominant position is not illegal, abusing that position is. And most Big Tech companies have been fined for abuses or are currently under investigation. Google alone had to pay 8 billion euros of fines in only three years.

And yet, in an interview given in December of 2019, Competition Commissioner Margrethe Vestager admitted that her fines have been unable to restore competition between Big Tech and smaller rivals because companies had “already won the market”.

So if fines do not work, what does? Have current antitrust laws reached their limits?

Traditional antitrust law assess the abuse of a dominant position ex-post, when the harm has been done and through lengthy investigations. Several ideas to get antitrust law up to speed with the digital economy are being discussed and are worth considering.

Giving back the freedom to choose

Speed alone, however, is unlikely to solve the problem. Policy recommendations at EU and national levels highlight the need for new ex-ante measures “to ensure that markets characterised by large platforms with significant network effects acting as gate-keepers, remain fair and contestable for innovators, businesses, and new market entrants”.

The new Digital Services Act (DSA) announced by the European Commission provides an opportunity for the EU to put in place the most urgent ex-ante measures without having to go through a full reform of its long-standing antitrust rules. One key measure that EDRi and many others have been pointing at is to make dominant social media and messaging platforms interoperable. Interoperability would require platforms to open their ‘walled gardens’ to other comparable services so that different users from different platforms can connect and communicate with each other.

This would enable competitors to challenge the huge user bases of incumbent social media platforms which permit the dominance to persist, and allow a fairer redistribution of power between competitors as well as with users. Combined with the right to data portability under the General Data Protection Regulation (GDPR), consumers could regain control over their personal data as they would not feel obliged to use a second-best service just because all their friends and family use it. Interoperability has already been used as a competition remedy in the past: in the Microsoft case, the European Commission required Microsoft to open up its operating system in view of enabling third parties to offer Windows-compatible software programmes.

Moreover, mandatory interoperability would directly strengthen healthy competition among platforms and could even create whole new markets of online services built downstream or upstream, such as third-party client apps or content moderation plug-ins.

The DSA presents a huge opportunity for the EU to decide how central aspects of the internet will look like in the coming decade. By including requirements for Big Tech such as interoperability, the DSA would inspire new competition and drive into a broken market, limit the downsides of user lock-in and reduce negative network effects.

A special status for Big Tech?

Interoperability measures could also be implemented as part of a broader mechanism or scheme for
dominant players.

In its contribution to the debate on competition policy and digital challenges, the French competition authority draws on suggestions from several reports and the current reform bill being discussed in Germany
to propose a new mechanism for “structuring players”.

2. which hold structural market power and

3. which play a role in access to and in the functioning of certain markets in regards to competitors, users or third parties.

This new status could also allow for new ex-post measures. Whenever one of these players would implement a practice that raises competitive concerns, competition authority would be able to intervene, penalise the company, or prohibit the practice in the future. Such triggering practices could consist of hindering access to markets, preferencing their own services, using data to hamper access to a market or make interoperability or data portability more difficult.

Beyond competition law, because of the effect they have on our rights, these companies should be required to limit some of their harmful practices such as data extraction or message amplification. To this effect, they could be imposed other sets of obligations, such as obligations of transparency, access, non-discrimination or device neutrality. Some of these obligations already exist in the P2B regulation addressing relations between online platforms and businesses and could be extended for public scrutiny. Others should be explicitly written into the planned Digital Services Act. Together with strong ex-ante measures, they will help the EU to limit the most damaging behaviour of dominant platforms do today.

The Autorité de la concurrence’s contribution to the debate on competition policy and digital challenges.
https://www.autoritedelaconcurrence.fr/sites/default/files/2020-03/2020.03.02_contribution_adlc_enjeux_numeriques_vf_en_0.pdf