Framing the future of the internet

The European Parliament has just voted on the Digital Services Act, crucial for internet regulation.

The Digital Services Act could frame the future of the internet. Through the DSA, the European Union is currently drafting an unprecedented set of rules for a new digital world, shaping our society for decades to come.

By meaningfully tackling the negative impact the largest ‘social media’ platforms have on our societies, the DSA has the potential to rein in Big Tech and empower European denizens and communities. The new regulation could put individuals back in control of their online experience by allowing them to decide what content they want to see, instead of being exploited by surveillance-based advertisements and unfair algorithms.

To a great extent, the DSA will regulate how human rights are exercised or curtailed online. Stricter obligations to respect human rights might however come at a cost for big platforms.

Because of this, in Europe and across the world, a large number of companies with vested interests have sought to smother the debate. More than €97 million is spent annually by the digital industry on lobbying in Europe. Just ten companies are responsible for almost a third (€32 million) of that: Vodafone, Qualcomm, Intel, IBM, Amazon, Huawei, Apple, Microsoft, Facebook and Google.

Big Tech’s huge lobbying budgets have a significant impact on EU policy-makers and secure privileged access. High-level European Commission officials have held 270 meetings in this arena since November 2019, of which 75 per cent were with industry lobbyists—Google and Facebook led the pack. While shady, such interference is unsurprising considering Big Tech’s business models: their profits could suffer significantly as a result of these new regulations.

Due to a lack of strong regulation and unchecked power-grabbing by Big Tech companies, the power to shape the internet is currently concentrated in the hands of very few actors, who affect crucial aspects of democracy, fundamental rights and the economy. As the United Nations has repeatedly affirmed, ‘the same rights that people have offline must also be protected online’. With this goal in mind, policy-makers should address internet regulation with a holistic, human-rights based approach—centred on privacy, freedom of expression and safety for all.

The DSA as prepared contains good proposals to fulfil human-rights standards in online contexts, recognised by civil-society organisations such as Access Now, the Electronic Frontier Foundation and European Digital Rights. These pertain to the conditional-liability regime for online intermediaries and the prohibition of a general monitoring obligation, which would otherwise scan all our online content.

These two important elements will disincentivise online platforms from removing content indiscriminately, protecting freedom of expression. They will prevent platforms from becoming judge and jury over what online content should be taken down, without verification and at unrealistic speeds.

The predominant business model employed by the platforms relies on widespread and routine exploitation of users’ personal data. This has damaging consequences for fundamental rights, democratic society and the daily lives of billions.

The pervasive tracking of all online activity and subsequent advertising leads to discrimination, mental-health issues for youth and adults alike, the funding and spread of disinformation and the manipulation of public debate. In Germany, for example, an advertisement for a childcare job published by Facebook and Google was shown to 6,456 women but only 258 men, perpetuating discriminatory gender roles and stereotypes. And studies have shown that individuals can be exploited by targeted content in their most fragile emotional states, such as when grieving for a loved one or becoming a parent.

Today’s vote by the European Parliament to amend the DSA is an important step towards increasing individuals’ control over what they see and interact with online and protecting them against industrial-scale data exploitation.

A positive advance is the prohibition of the ‘dark patterns’ technology companies use to trick users into unintentionally consenting to share their personal data. Another milestone is a ban on the use of sensitive data for targeted advertisement, which would impede Big Tech’s use of personal data, such as the sexual orientation or ethnic origin of users. Finally, the recognition of the needs of users and businesses for secure, end-to-end encryption is a victory for privacy advocates. Under these rules, EU member states would not be allowed legally to limit such important technology for ‘security reasons’.

These important proposals would permit an internet that prioritised rights, rather than further filling the coffers of some of the richest men on earth. Now the members of the European Parliament should consolidate these victories in the coming ‘trilogue negotiations’ with member states over the final version.

It is possible to move towards a less polarising, more truthful and more equitable internet. The parliament’s most progressive propositions, such as the ban on dark patterns and the protection of end-to-end encryption, could especially transform the EU into a global leader of modern internet regulation.

The article was first published by Social Europe here. 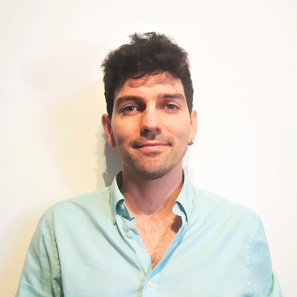