On the ground | Information democracy | Freedom of expression online

There have been a number of critical news reports from around the world stating that Hungary’s COVID-19 state-of-emergency legislation is “creating a chilling effect”. Such headlines miss the mark somewhat, as chilling effects are far from new.

There have been a number of critical news reports from around the world stating that Hungary’s COVID-19 state-of-emergency legislation is “creating a chilling effect”. Such headlines miss the mark somewhat, as chilling effects are far from new. Individuals who cross government authorities and their allies and supporters with public and private expressions of criticism have been losing their positions for over a decade; and the chilling effects that successive governments have had on citizens’ behaviour were apparent long before the current regime. 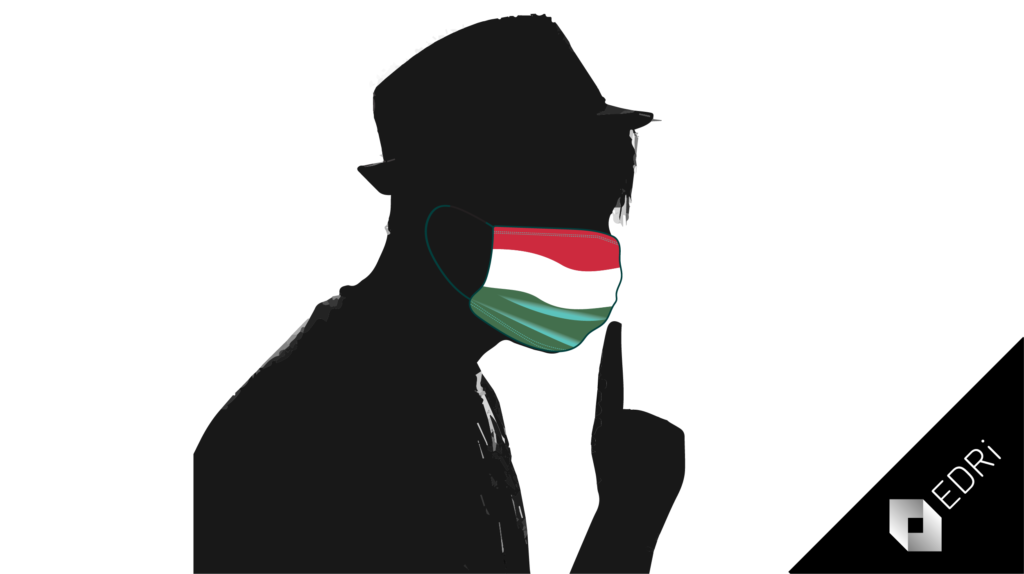 What qualifies as news is the sustained media attention that the chilling effect in Hungary has received over the past two weeks. Its COVID-19 emergency legislation has attracted intense scrutiny nationally and globally.

The media furore was triggered by the detention of two persons by local police authorities due to statements posted on Facebook that allegedly posed the risk of “alarming the population” or “interfering with public protection” during the crisis.

The first case involved an individual in Eastern Hungary detained for hours for “publishing false facts on a social media site”. The “alarmist content” consisted of disapproval of the lockdown policy with additional remarks, presumably addressed to the Prime Minister (“You’re a merciless tyrant, but bear in mind that
dictators invariably fall”). The man recalls half a dozen law enforcement authorities arriving at his home on May 12. The charges were dropped, but the YouTube channel of the Hungarian law enforcement authorities posted a video that was widely viewed of the man being removed from his home and placed into a police vehicle.

The following day the home of an opposition-party member in the South of the country was raided at dawn, with a heavy police presence; his communication devices were confiscated and the man was detained for four hours at police headquarters for having shared a post from an opposition MEP on a closed Facebook group; the post criticised a controversial government decision to empty thousands of hospital beds across the country to free them for potential Coronavirus patients. He remarked that in the town of Gyula “1,170 [hospital] beds were freed as well”. The fact was not in dispute. The Facebook user from Gyula was not charged with a criminal offense.

In a blog addressing the highly mediated cases, the Hungarian Civil Liberties Union (HCLU) maintains that existing legislation could have been used to tackle the problem of publication and dissemination of false information. The blog’s headline, “The opinion police are at the door”, alludes to the legendary Socialist-era terror of a doorbell sounding in the middle of the night.

An announcement posted online by the authorities in one Eastern county of Hungary overtly alerted social media users to the fact that the police are “continually monitoring the internet,” Politico reports. According to the National Law Enforcement website, 87 people have been targeted in criminal investigations in connection with the COVID-19 measure. Of these cases, only 6 have reached the prosecution phase.

What’s in the public interest?

Back at the end of March when the Hungarian Parliament passed a bill introducing emergency powers without a sunset clause, the move garnered a surprising amount of coverage and criticism. Of particular concern was an amendment to the Criminal Code introducing prison terms of up to five years for individuals convicted of “distorting the truth” or “spreading falsehoods” connected to the Coronavirus pandemic; like many countries worldwide, the aim of the legislation was to protect the public during the pandemic, but anecdotal reports suggest that often it’s the authorities themselves, rather than the public, that stand to gain from special
protection.

The Hungarian Daily Népszava reported that on May 19 the Parliament adopted a 160-page bill which will grant the National Security Services a mandate that could entail major data security risks. The NSS will be empowered to “monitor the content of electronic communications networks” at the local and federal level of government to prevent cyber attacks.

News website 444 suggests that a state surveillance system is being established with the passage of this law. In effect, the secret service will be given access to all public data, including tax, social security, health, and criminal records.

Another controversial aspect of the legislative package is that the contact data of persons interrogated over the course of a criminal investigation could be retained by the authorities for up to twenty years, even if the suspect is found innocent.

Privacy experts say that the legislation does not offer sufficient data protection safeguards. The Head of the National Authority for Data Protection and Freedom of Information (NAIH), Attila Péterfalvi, has written to the State Secretary of the Ministry of the Interior with concerns that “unlimited surveillance (…) will not allow for special protection of personal data.”

From state of emergency to surveillance state?

In a resolution adopted by the European Parliament in late April, Hungary was sharply criticised for its COVID-19 measures; limits to free speech under an indefinite state of emergency are “totally incompatible with European values”. The Minister of Justice announced that a bill revoking emergency powers is expected to be adopted on June 20. While the government is already declaring victory on the public relations front and calling for “apologies” from Brussels, the contents of the bill are still unknown. Observers suspect that the government will annul the “state of emergency” while preserving many of the emergency powers.