Organisations from across the world submit a joint legal opinion to support a Serbian NGO’s legal challenge to the Social Card law due to concerns over the right to privacy, the right to social security, and data protection.

International support for legal challenge to the Social Card law

An international coalition of human rights organisations coordinated by ESCR-Net, which includes EDRi member Amnesty International, submitted a legal opinion in support of the A 11 – Initiative for Economic and Social Rights ongoing proceedings at the Serbian Constitutional Court. The purpose of the opinion is to challenge the implementation of the new Law on Social Card.

The legal opinion draws on international human rights standards and existing examples of the human rights ramifications of digitisation in different public sector contexts to examine the Social Card law. It finds that this law, by allowing for the extensive data processing of social security applicants and related persons, appears to not only contradict data processing principles, but also impacts the right to social security and the right to equality and non-discrimination due to the disproportionate effect this law has on Roma communities.

It also raises concerns over the lack of transparency on the decision-making process used for the Social Card system, with the Serbian government yet to release any information on the automated technology employed for the scheme. 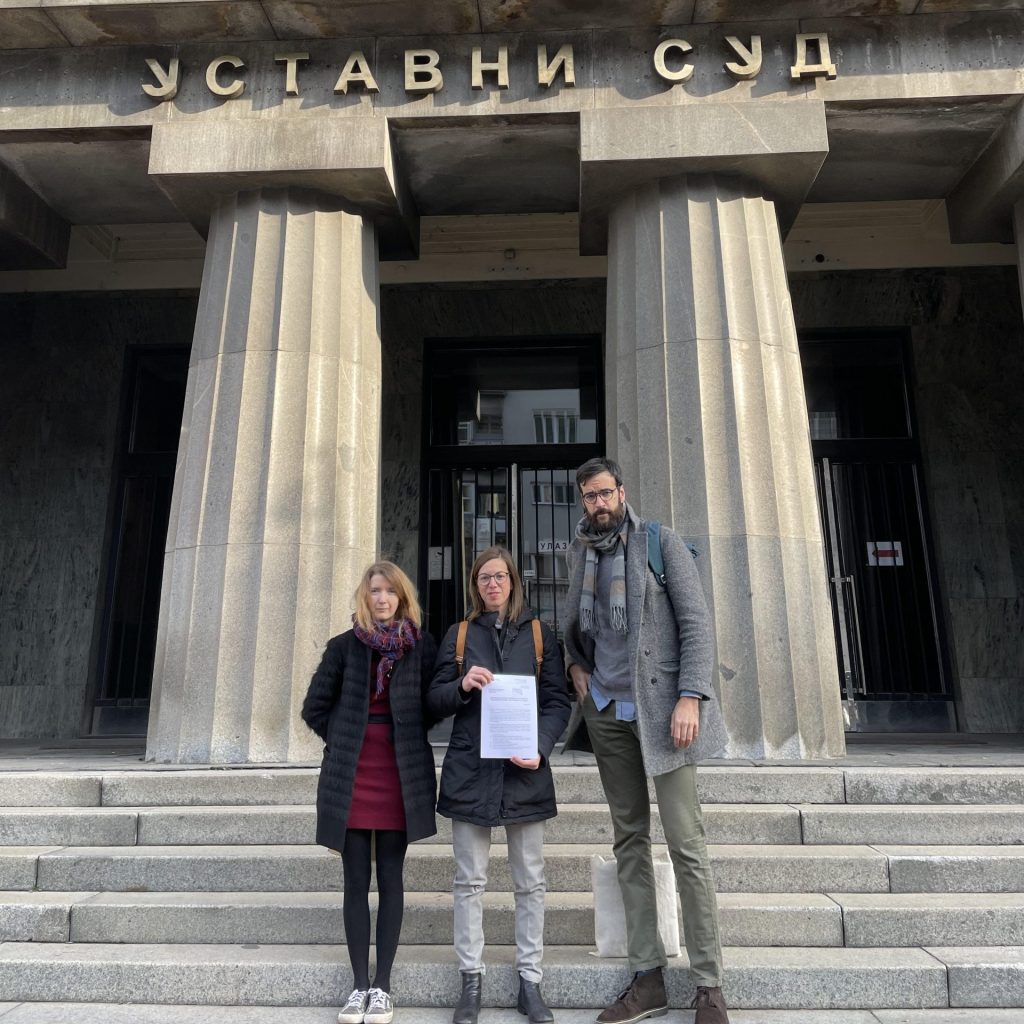 However, in effect, this law enables the creation of a centralised database of social security applicants. By processing extensive amounts of data, it is creating an invasive digital surveillance system that targets some of the most marginalised people in Serbian society.

Those receiving social security support in Serbia, many of whom are people with disabilities or members of the Roma community, have the lowest incomes in the country. It is widely acknowledged that the government’s current financial assistance provisions are insufficient to guarantee a decent standard of living. By tightening the application of eligibility requirements, the Social Card law could further exacerbate the already precarious living conditions of the most vulnerable people.

In recent years, Serbia has increasingly relied on technology to monitor its citizens. In September 2021, following objections by civil society and the Data Protection Commissioner, the government was forced to put on hold the planned roll-out of the facial recognition software and biometric video surveillance in public spaces. The unchecked use of technology by the government enables unprecedented intrusion into the lives of people in Serbia and could magnify discrimination against minority groups.

You can find the legal opinion here and more information on the (anti)social card campaign here.