IuRe crowdfunds to end data retention in the Czech Republic

The digital-legal organisation, EDRi member, Iuridicum Remedium is crowdfunding to take the Czech government to court to end the widespread collection of metadata from telephone and online communication of every user in the country (so-called data retention). The case willrely on a ruling by the EU Court of Justice, which declared that the large-scale collection of metadata was inadmissible, for the third time last October. Crowdfunding a legal case in the public‘s interest is an alternative to dysfunctional class actions. 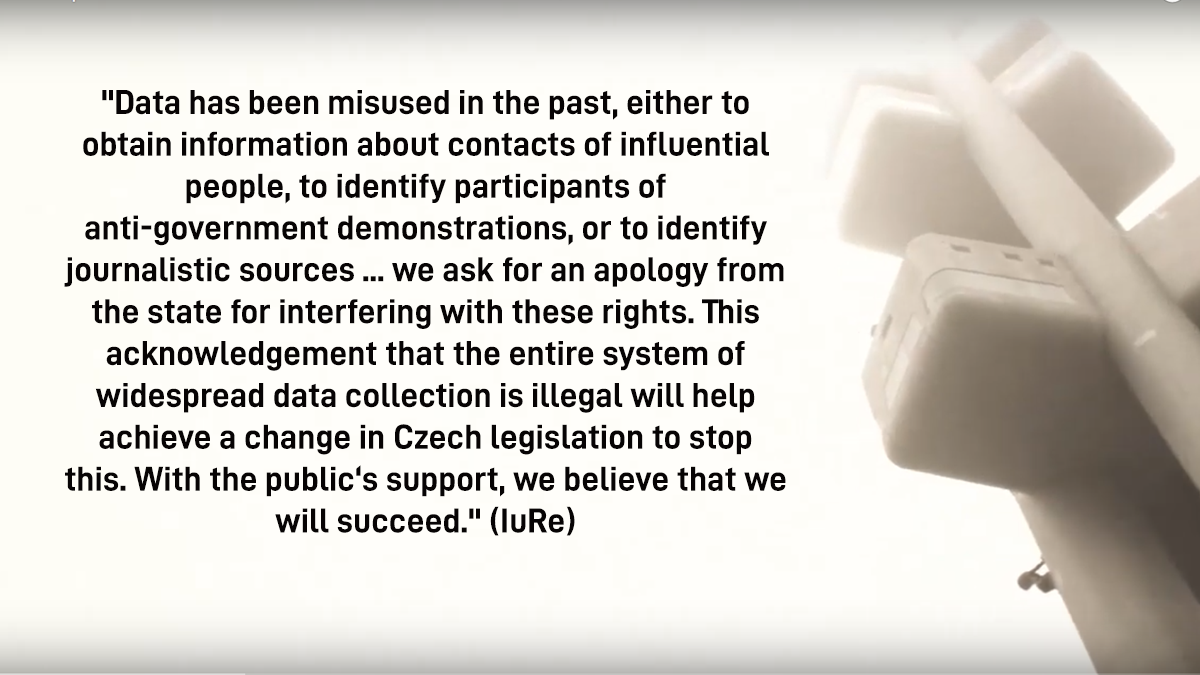 “We’ve been working against the collection of metadata since 2011. At the time, it seemed like we had won the battle, when the Constitutional Court forbade the retention of data thanks to our efforts. Unfortunately, the government adopted only a modified amendment, in accordance with which our metadata is still being stored by operators and providers,” says Jan Vobořil, Executive Director of Iuridicum Remedium, explaining the history of the legislation. “Since then, the problem has gotten worse. Information from data retention was originally intended to serve security forces only, in investigations of the most serious crimes. Nowadays, antitrust and hygiene authorities are interested as well. There are also repeated proposals to stop issuing anonymous SIM cards.”

According to the Electronic Communications Act, metadata from the communication channels and services we use is collected and stored by operators in the Czech Republic for half a year. It contains information on when, from where and in what way the communication took place and for how long it lasted. This data can be used to investigate crimes. However, according to the Court of Justice of the EU, such widespread and non-selective retention of metadata is contrary to European law. According to crime analysis from European countries, the widespread collection of data of all citizens has no impact on decreasing or better understanding criminality.

“Both in our country and elsewhere the world, such data has been misused in the past, either to obtain information about contacts of influential people, to identify participants of anti-government demonstrations, or to identify journalistic sources. That is why we have joined forces with the journalist Jan Cibulka, on whose behalf we ask for an apology from the state for interfering with these rights. This apology and acknowledgement that the entire system of widespread data collection is illegal will help achieve a change in Czech legislation to stop this. With the public‘s support, we believe that we will succeed.”

More than a hundred people have already contributed to the crowdfunding campaign and the target amount has almost been collected. Financial support for this legal battle comes with surprising rewards: a guided walk through the Prague public camera system or a legal tool that allows the donor to find out what data about him/her is being collected by phone operators or what the Institute of Health Information and Statistics collects about them in medical records (ÚZIS).

Watch a video explaining the campaign here and donate here.