On the ground | Open internet and inclusive technology | Transparency

Member in the Spotlight: Statewatch

Statewatch undertakes and encourages the publication of critical research and investigative journalism in the fields of the state, justice and home affairs, civil liberties, accountability and openness. 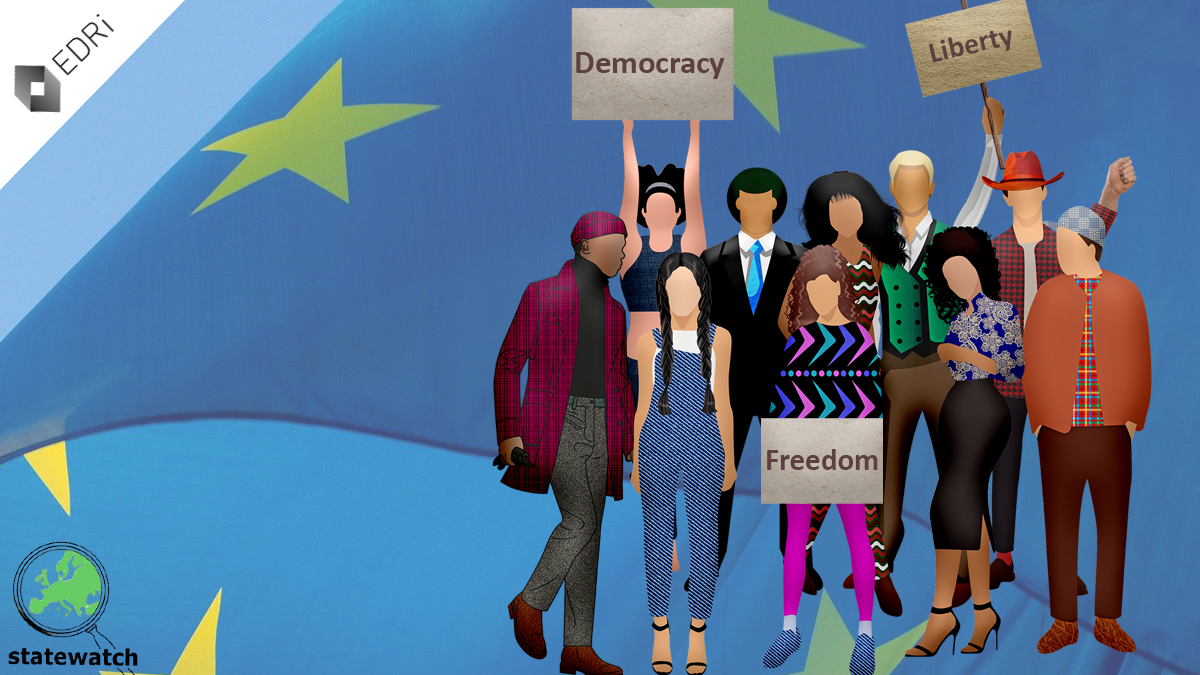 This is the thirteenth article of the series “EDRi member in the Spotlight” in which our members introduce themselves and their work in an in-depth highlight in interview format.

Today we introduce our member Statewatch.

Statewatch undertakes and encourages the publication of critical research and investigative journalism in the fields of the state, justice and home affairs, civil liberties, accountability and openness. Our purpose is to help create a Europe of democracy and diversity, a society of fundamental civil liberties and personal and political rights, free movement and freedom of information, and equal rights for all.

Statewatch was founded in 1991 by a small collective of people who had met the previous year in Strasbourg to discuss where Europe was going. This was the year before the Maastricht Treaty came into force, meaning that for the first time ever justice and home affairs law and policy was formally a part of EU structures (previously it had been dealt with as a solely intergovernmental issue). In March 1991 a bi-monthly bulletin was launched to report on civil liberties and the state both at the EU and national levels, in order to provide news, analysis and information.

In 1993 we held our first conference in London, with some 300 attendees. At that time, we were one of the only groups monitoring the effects of justice and home affairs policy in civil liberties and we played a key role in getting issues highlighted in the media, submitting evidence to parliamentary enquiries on EU affairs and generally kicking up a stink about dubious policies that were going through the Council of the EU. Our Director, Tony Bunyan, went personally to every Justice and Home Affairs Council meeting in his capacity as a journalist to question officials and to share with other journalists, parliamentarians and civil society organisations the official documents we had started to acquire, which were meant to be kept secret.

As time went on this became one of the organisation’s key roles – to expose and challenge new laws and policies being discussed by governments within the Council that were being kept hidden from public view. We also fought for greater transparency in the Council, with the aim of ensuring a basic democratic standard – that people are able to know what their governments are doing in their name. We made numerous complaints to the European Ombudsman against the Council that resulted in greater transparency in this area. In 1999 we also played a key role in discussions over the proposal for a new Regulation on access to documents (which remains in force today). We had copies of the Council’s proposals and discussion documents and were able to share them with civil society and sympathetic MEPs, who had no access to the details of those discussions.

Alongside secrecy and transparency, we have always worked on numerous other topics – police powers, migration and asylum, surveillance, privacy and data protection and democratic standards, amongst other things. As we approach our 30th year there is still a lot to be done to uphold civil liberties, human rights and basic democratic standards, in particular in the context of growing racist, authoritarian and xenophobic movements and political parties. With the aim of ensuring another three decades for the organisation, we have just launched a fundraising campaign – donations are very welcome!

3. The biggest opportunity created by advancements in information and communication technology is…

Technological advances have given civil society organisations, journalists, researchers, campaigners, social movements and others to make contacts that were very difficult or impossible to make or maintain in the past. This has made it possible to work, organise and live in new ways, breathing new life into campaigning and investigations. We also have easier access to more information than ever before, providing a key means to holding governments to account – although there is of course far too much that remains secret.

The obvious answer is the possibility that new technology provides for extremely intrusive, pervasive surveillance of peoples’ lives – where they go, what they do, who they talk to and what their interests are. This is both caused by and amplifies existing power asymmetries between governments and corporations on the one hand, and people, civil society organisations and protest movements on the other. The possibilities for repression and discrimination, in particular against migrants, refugees and other marginalised groups, have never been greater.

We have always been proud of our long-standing, ongoing publication of news, analyses and documentation; in particular, our work that exposes and challenges secrecy in the EU, and the laws and policies that are hidden by that secrecy. Our European Ombudsman cases against the Council have been of benefit to all those groups and individuals working on EU law and policy, whether in justice and home affairs or elsewhere. Nevertheless, there is still much to be done with regard to the publication of meeting minutes, documents from legislative ‘trilogues’, and so on.

We have also been able to expose and explain key issues over the years – from discussions between the EU and FBI on telecommunications surveillance in the late 1990s, to the growth of EU agencies such as Europol and Frontex, plans for the forced fingerprinting of refugees, charting how the EU ‘security-industrial complex’ is propelling the development of new surveillance technologies and techniques, and trying to explain to the world what exactly the ‘interoperability’ of the EU’s huge biometric databases means, and what the implications are for ordinary people.

Fundamentally, we have always tried to provide a service for civil society, not just publishing our own reports and material, but circulating the good work that is done by so many other groups and individuals. In this respect, one highlight was being asked in 2006 by the European Parliament to host on our website all the documents from their inquiry into ‘rendition’ – that is, the CIA’s global kidnapping and torture programme, as part of the ‘war on terror’ – which provided a major resource for those trying to expose and challenge what was going on.

The home secretary’s attitude to migrants and refugees.

The most important issue in the UK is to uphold the rights of everyone – in particular those from the most marginalised groups, who are always at the sharp end of government policy – in the face of ongoing attacks by the government on basic rights and standards. This is amplified by two crises that are not going anywhere fast – the pandemic and Brexit.

Our contact details are here and we always welcome inquiries from people wanting to volunteer, to contribute material for publication, or any other questions.

If people would like to donate, then now is the perfect time. We launched a fundraising campaign at the end of September – if you want to support the struggle for civil liberties, democracy and human rights in Europe, then please support our work!