Member in the Spotlight: Wikimedia Deutschland

Our vision is a world where everyone can share, use and multiply all of humanity’s knowledge. By Free Knowledge we mean knowledge that is available, changeable and reusable free of charge for everyone at any time. The best-known source of Free Knowledge is the free online encyclopedia Wikipedia.

This is the seventeenth article of the series “EDRi member in the Spotlight” in which our members have the opportunity to introduce themselves and their work in depth.

Today we introduce our member from Germany – Wikimedia Deutschland. 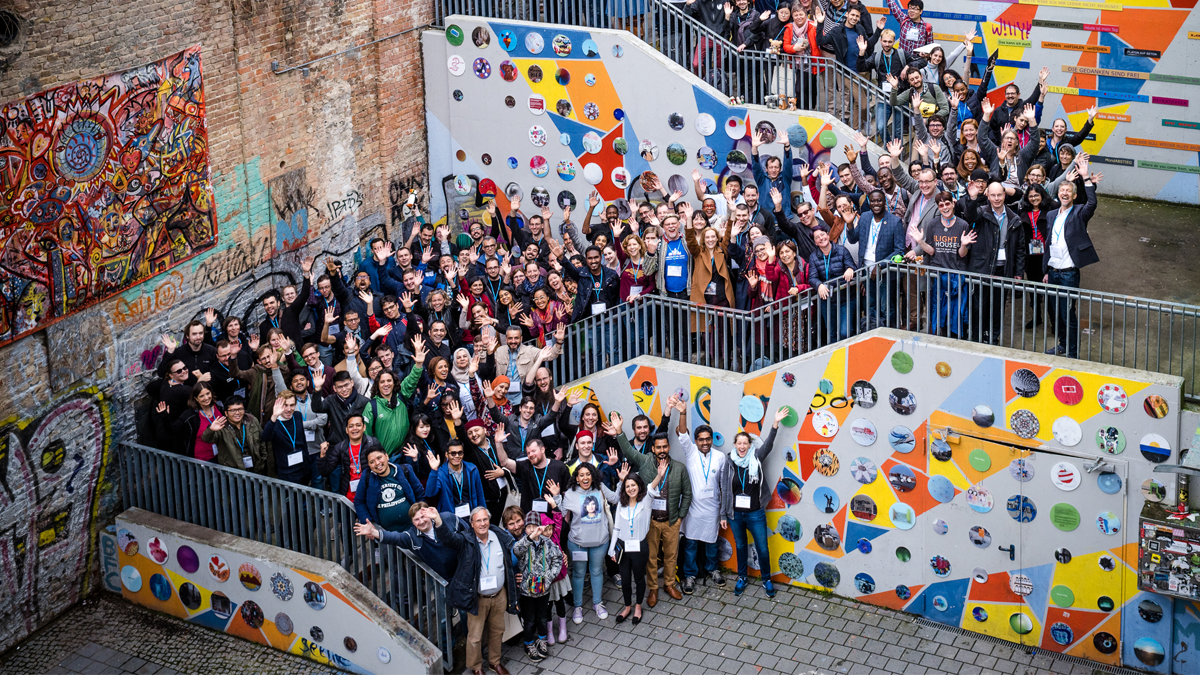 Wikimedia Deutschland is a German non-profit organisation with currently around 80,000 members. We are part of the worldwide Wikimedia movement. We believe that equal opportunities in accessing knowledge and education is a human right. That is why we work to ensure that projects such as the free online encyclopedia Wikipedia can continue to exist in the future. Our vision is a world where everyone can share, use and multiply all of humanity’s knowledge. By Free Knowledge we mean knowledge that is available, changeable and reusable free of charge for everyone at any time. The best-known source of Free Knowledge is the free online encyclopedia Wikipedia.

2. How did it all begin, and in which fields have you been working since?

The German version of the free online encyclopedia Wikipedia went online in March 2001 and is created exclusively by volunteer authors. They write articles, keep information up to date, correct mistakes and share their knowledge with the whole world. The organisation Wikimedia Deutschland was founded in 2004 by Wikipedia volunteers. The support of Wikipedia authors has been an integral part of the work of Wikimedia Deutschland ever since. But as the association for the promotion of Free Knowledge, we do much more: We support volunteers in all the Wikimedia projects, develop free software and technology, advocate for open science, education and culture, and strengthen political conditions that enable free access to knowledge.

3. The biggest opportunity created by advancements in information and communication technology is…

… to make knowledge accessible to everyone, everywhere and anytime. That was the vision when Wikipedia was founded almost 20 years ago, and it still is today. Since 2012, its sister project Wikidata has been developing this idea even further: Wikidata links the freely accessible databases and establishes connections between knowledge objects – as a hub and intersection in the Linked Open Data Web. The software we have written to make this happen is Wikibase. Similar to how Wikipedia software was a revolution for collaborative writing, Wikibase is revolutionary for entering structured data. First and foremost, this is really interesting and exciting for libraries, which have been structuring world knowledge for thousands of years. But other institutions can also use it to create their own data world.

4. Was there a project in 2020 that went particularly well?

In our political work, there was one campaign that really stood out this year: PUBLIC MONEY – PUBLIC GOOD. Alongside associations such as the German Parents’ Council, the German Library Association and the Open Knowledge Foundation, we initiated this campaign in order to ensure that free knowledge would be accessible to everyone. Educational content from public service broadcasting should be permanently available online under a free license. After all, we finance the production of this content with our broadcasting contributions. More than 10,000 people from all over Germany supported our campaign by signing our petition. The first positive developments are already under way: the ZDF science program “Terra X” has placed some clips under Creative Commons, and the young content network “Funk” of the public service broadcasters ARD and ZDF offers freely accessible videos on topics such as the greenhouse effect or the US presidential election on the Wikitube channel.

5. If your organisation could change one thing in your country now, what would that be?

The German Federal Government is currently working on transposing the Directive on Copyright in the Digital Single Market into national law. In many ways, the suggestions made by the Federal Ministry of Justice and Consumer Protection are not bad at all – given that the actual mistakes had already happened at the EU level. However, there are some major issues in the German government’s draft that need to be dealt with in order to protect Free Knowledge and the Wikipedia communities’ work. To minimise the use of content filtering technologies as much as possible is one of our main concerns right now.

6. What is the biggest challenge your organisation is currently facing in your country?

Only 10 percent of those who write and edit Wikipedia articles identify themselves as women. This may also have an impact on the representation of certain topics within Wikipedia. For instance, only 15 percent of all biographies in the German encyclopedia are on women. Thus, both Wikipedia authors and Wikimedia have started a variety of fantastic projects in recent years. Female Wikipedia authors started to organise themselves in communities, supported by Wikimedia. However, the imbalance between male and female authors remains one of the most urgent issues that we have to deal with, and this will need even more effort in the future.

7. How can one get in touch with you if they want to help as a volunteer, or donate to support your work?

The Wikimedia movement is driven by volunteers. There are many ways to get involved, both online and offline. You can become a member to support us and our work, or you can donate to Wikipedia and other Wikimedia projects. Wikipedia is funded primarily through donations, so every penny counts. And of course, we are always looking for new editors who help to make the largest online encyclopedia even better.