At the request of the United Kingdom, the Council of the European Union, the European Commission and European Parliament appear ready to adopt – in the context, ironically, of measures that are supposed to protect net neutrality – provisions which are meant to allow UK-style blocking and filtering across Europe.

This approach was opposed in its entirety by the Parliament in its first reading report on the Telecoms Single Market Regulation and would represent a complete failure of the Parliament to defend the opposite.

The dangers of the British approach to “parental controls” are shown by this infographic (PDF), which EDRi sent to the Parliament negotiators and key MEPs to clarify the issues at stake.

Parental controls are a functionality which allow a parent to configure their internet connection to suit their own values and the educational development of their children. As they are configured by the parent and not turned on by default, they are entirely irrelevant to net neutrality legislation.

The UK approach is fundamentally different. It is best described by the GSM Association, which foresees a far more intrusive approach, which ignores the development of the child. It treats all users as children by default and the default can only be changed if the user goes in person to the providers shop in order to ask for an “adult” service (i.e. not a random “child” setting). The GSM Association explains the process as follows:

“Example_Operator categorises all customers as either ‘child’ (the default) or ‘adult’. The customer must present credentials to the retail store to achieve ‘adult’ categorisation. User Ch is a ‘child’ and user Ad is an ‘adult’ connected to the Example_Operator network.” Source: http://www.gsma.com/newsroom/wp-content/uploads/WWG-04-v1-0.pdf

The Commission initially proposed – in clear contradiction to its obligations under the Charter of Fundamental Rights of the European Union – that internet providers should be able to block or filter traffic on an entirely arbitrary basis to “prevent or impede” “serious crime”, with no definition of what crimes it might be talking about. This was rejected by the Parliament, while even the Council pointed out that this appeared

“to raise certain legal issues relating to the Charter of Fundamental Rights of the European Union and/or the 2002/58 ePrivacy Directive, including with respect to confidentiality of communications”.

No clarification of the legal issues was made and the approach from the Council and Commission is to propose deliberately and obviously ambiguous text (which is hardly a good start for the “better regulation” agenda). We are now left with text that can be interpreted to mean anything:

The most recent compromise-free text from the Council also contains a baffling text that helpfully tells internet users that they “should” respect the law if the law prohibits them from accessing certain content:

“If those measures prohibit end-users to access unlawful content (such as, for example, child pornography), end-users should abide by those obligations by virtue of and in accordance with that Union or national law.“

Will the Parliament really capitulate and allow these proposals to be adopted? We will find out in the next few weeks. 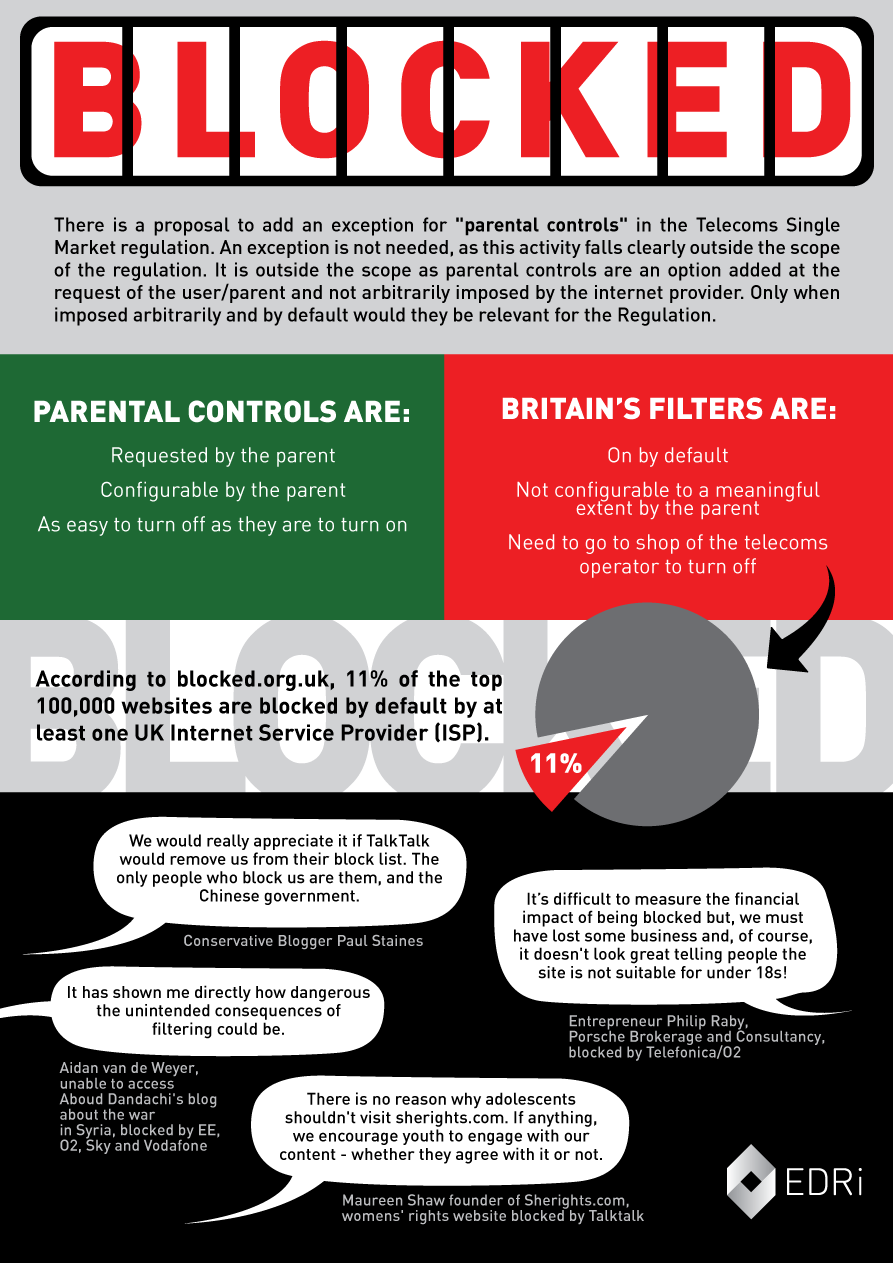