I am convinced that the only effective way to tackle terrorism is firmly rooted in the respect of fundamental and human rights.

The European Commission proposed the Draft Directive on Combating Terrorism (the “Terrorism Directive”) in December 2015. Since then, the legislative process to adopt it has been fast-tracked, which has reduced the space for meaningful public participation, transparency and accountability.

If the implementation is not done carefully, abuses to freedom of expression and privacy will be made in your Member State!

EDRi doesn’t give up and keeps pushing for a human rights agenda. In this document pool, you will find the relevant information, documents and analyses on the Terrorism Directive. We’ve been updating this document pool as the process advanced. Last update: 13 February 2018. 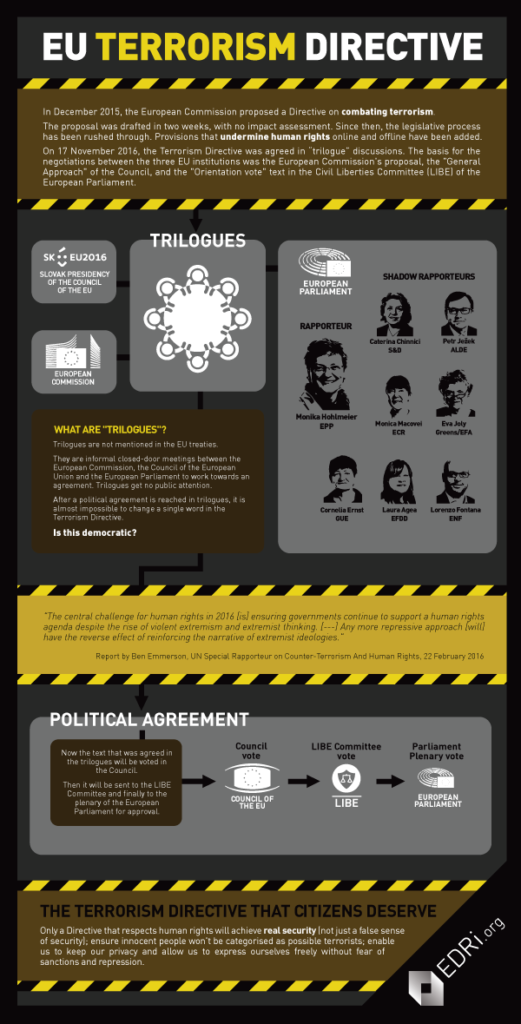