When the European Commission proposed yet another revision of the TV Without Frontiers Directive in 2016, the Directive was really showing its age.

The Directive was originally launched in 1989, revised just eight years later in 1997, again ten years later in 2007, and finally only three years after that in 2010. It has become something of a “Christmas tree” with the various EU institutions adding their own decorations… First it was satellite TV, now it covers satellite TV, TV in general, video on demand, video-sharing platforms and, possibly, to an ill-defined extent, social media providers. It covers the regulation, co-regulation and self-regulation of ill-defined “hate speech”, already regulated terrorist content, material which could harm totally undefined “moral” development of children, and other forms of illegal and legal content.

The scope of the Directive has been distorted so severely that key provisions have lost their meaning, in the course of its multiple reforms. For example, “self-regulation” has always meant broadcasters regulating their own editorial decisions, in line with national law. In the new Directive, this meaning is maintained. However, in some of the articles of the Directive it also means, with no effort to define or clarify this, something completely different – internet companies regulating the freedom of expression of their users. In some parts of the text, it means one thing, in other parts, it means something else.

In that process, a European Parliament Committee can award itself the right to negotiate on the basis of a text that it has agreed. After the Committee vote, the “democratic process” drops behind closed doors until an agreement is reached with the Council of the European Union. In that process the Parliament, the only EU institution with a direct democratic mandate of any description, puts itself in a terrible negotiating position:

So… The trilogues are about to start. What sort of mandate do the Council and Parliament have to begin negotiations?

Meanwhile, in the Council, the “General Approach”, which will be the basis for negotiation, was severely criticised by numerous Member States. Remarkably, that text was not put to a vote at all, but Member States were allowed to express strong opposition. As a result:

This clearly shows the lack of support for the current text, which will now be negotiated on behind closed doors, before the outcome is “rubber-stamped” sometime towards the end of 2017. 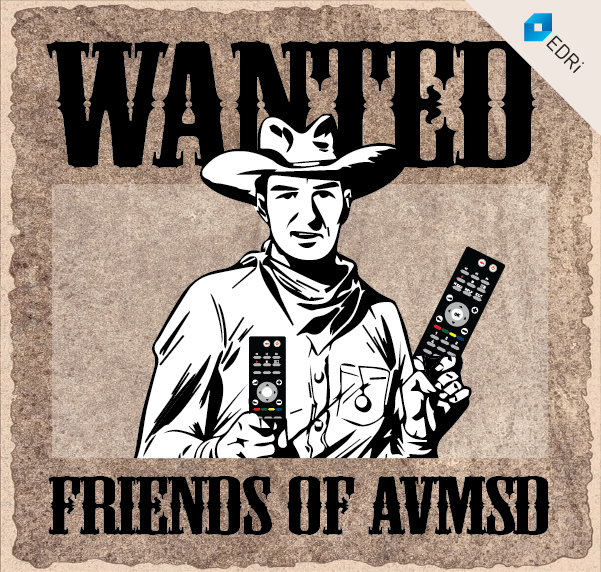 AVMS Directive: It isn’t censorship if the content is mostly legal, right? (27.04.2017)
https://edri.org/avmsd-it-isnt-censorship-if-the-content-is-mostly-legal/

Audiovisual Media Services Directive – is it good enough to be a law? (08.03.2017)
https://edri.org/audiovisual-media-services-directive-is-it-good-enough-to-be-law/

Trilogues: the system that undermines EU democracy and transparency (20.04.2016)
https://edri.org/trilogues-the-system-that-undermines-eu-democracy-and-transparency/