ENDitorial: The European Commission is talking “tough on terror”. Again.

The European Commission plans to issue a Regulation on 12 September 2018 that will get tough on internet companies in the fight against terrorism.

After all, somebody should do something, right? At the time of writing the title is “Regulation on preventing the dissemination of terrorist content online”.

The launch date is significant:

– it is 96 hours after the European Commission’s most recent terrorism Directive is due to come into force (including measures on addressing terrorist content online).

– it is not quite a full year since the European Commission launched a press release on its Communication on Tackling Illegal Content Online, about getting internet companies to “tackle” illegal content

– it is somewhat more than two years since the Commission launched its press release on tackling (“illegal”) “hate speech” that in the meantime has produced no statistics about how much of the content being deleted is actually illegal or the actual impact of the measures.

Issues which will not be included in the European Commission’s upcoming press release on its new getting tough on internet companies Regulation include:

The Regulation comes three months after the French (Collomb) and German (Seehofer) interior ministers sent a letter to the European Commission demanding that internet companies be made liable (as they already can be under the 2000 E-Commerce Directive) for failing to act quickly when they are made aware of illegal activity. In a separate development a few days after sending that letter, Interior Minister Collomb, failed to take action upon receiving a video containing apparent evidence of a serious assault. He reportedly told a parliamentary committee of enquiry that it wasn’t his job (Interior Minister) to do this. It is the job of internet companies to fight illegal activity, not the job of a national minister with responsibility for security, it appears.

It is, of course, a complete coincidence that the European Commission did exactly what the French and German ministers told them to do. Anything else would be a blatant breach of the oath of office of the College of Commissioners. Each Commissioner has solemnly undertaken “neither to seek nor to take instructions from any Government or from any other institution, body, office or entity”. 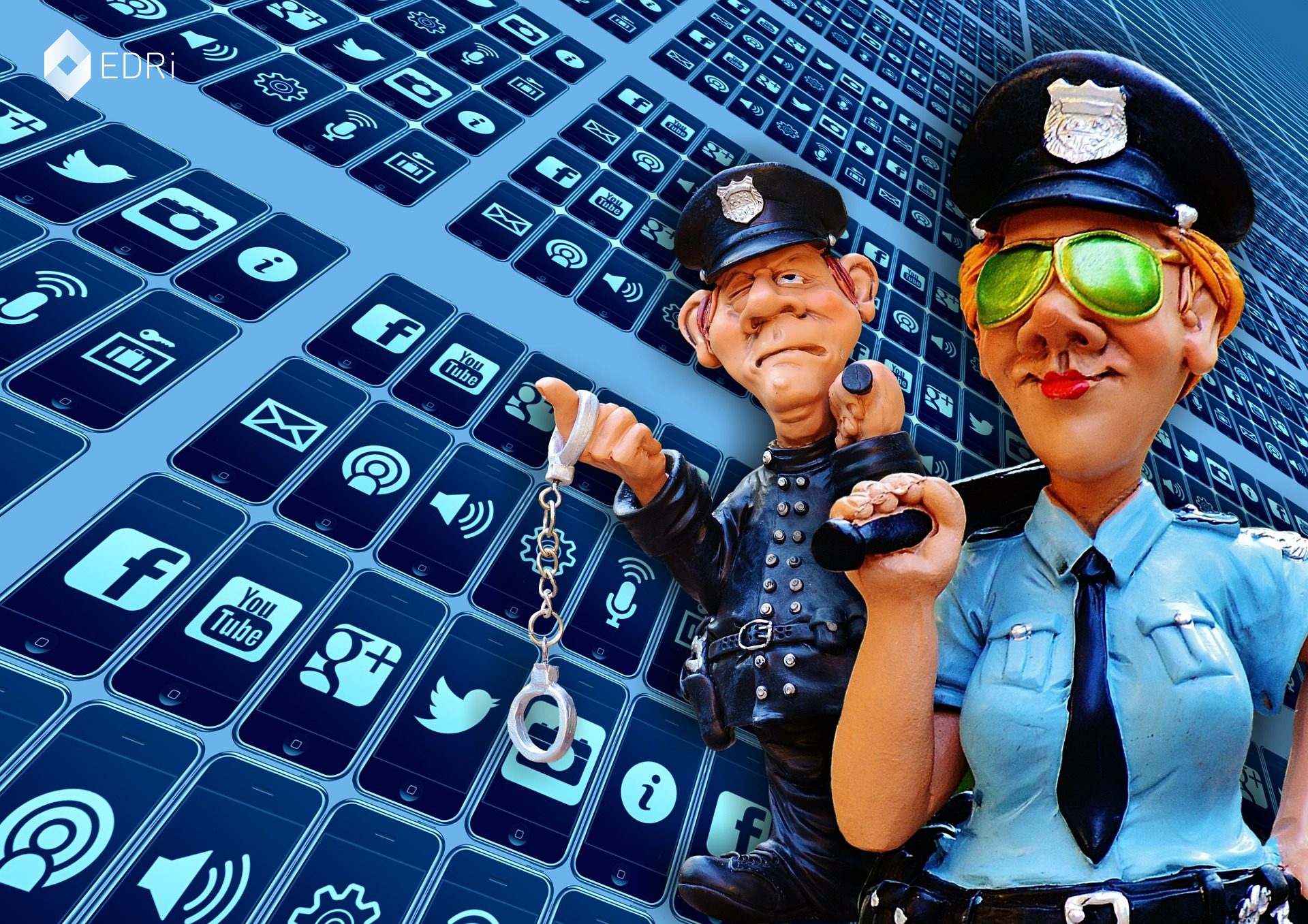 The time has come to complain about the Terrorism Directive (15.02.2017)
https://edri.org/the-time-has-come-to-complain-terrorism-directive/