Estonia loves digital – why is it supporting the #censorshipmachine?

Estonia is globally known as a powerhouse of the digital world. It eagerly moves everything into the digital realm and prides itself on being at the forefront of technology. As it now holds the Presidency of the Council of the EU, it is in charge of negotiations on the new Copyright Directive proposal.

Knowing how “digital” and progressive Estonia is, many people are surprised at the rather primitive, backward-looking leaked “compromise” proposal it produced on intermediary liability and upload filtering.

What are the peculiarities of EU politics that lead a government to oppose its own interests and abandon its own expertise when it holds the rotating presidency of the EU? The explanations are implausibly simple:

Member States that hold the EU presidency always seem to believe that the eyes of the world are on them. They need to conclude open negotiations in order to win prestige. This imaginary prestige is often prioritised over national policy interests. For example, Hungary, which fundamentally opposed the unitary patent, successfully pushed through the adoption of the unitary patent. It did so in order to gain the imperceptible prestige of closing the negotiations. Estonia, fundamentally committed to an open, innovative internet, is supporting a measure that will lead to a closed, Google-centred internet for the same reason – it thinks that this is the most likely approach to produce an agreement.

All EU Member States appoint a European Commissioner, so each state has a former high-level official/politician in the Commission. That individual is well placed to lobby the Member State to support the Commission’s proposals. The pressure is more intense in this case – the Commission Vice-President with overall responsibility for the Copyright Directive is the former Estonian Prime Minister, Andrus Ansip. This gives the Commission a unique level of leverage over the Estonian Council Presidency. By coincidence, the next Council Presidency (starting in January) is Bulgaria and the new Bulgarian Commissioner has direct responsibility for the Copyright Directive.

Smaller member states such as Estonia have smaller government bureaucracies and suddenly have to take over the running of the Council of the European Union for six months. The European Commission is very sympathetic to the challenges that this presents and generously allows its staff to be temporarily seconded to the Presidency for the period of the Presidency. It is difficult to imagine that this does not strengthen the voices within the Presidency in favour of Commission positions.

By agreeing to go through the closed-door “trilogue” process, rather than the treaty-based, more transparent public deliberations that should happen, the European Parliament give yet more power to the Council Presidency – power without accountability.

The Council is traditionally a very closed institution, whereas the Parliament’s mandate is based on democracy. The closed process plays the game by the Council’s rules. The Council, with the resources of 28 national ministries to draw upon and supported by the Commission, has vastly more capacity to prepare the closed-door trilogue meetings than the Parliament. This makes it even easier to push through agreements, with limited accountability.

Most bizarre of all, there is the “fictional deadline” phenomenon. At the end of each Council Presidency, the institutions decide that it is (for no particular, rational reason) of paramount importance to conclude negotiations before the presidency ends. The irrational decision that regulation affecting the lives of 500 million Europeans must be rushed to a conclusion simply to ensure that the Council Presidency can claim credit for closing the negotiations is baffling, but powerful. The EU institutions, often in all-night meetings, accept this false urgency and compromises that were unacceptable during normal negotiations become acceptable. 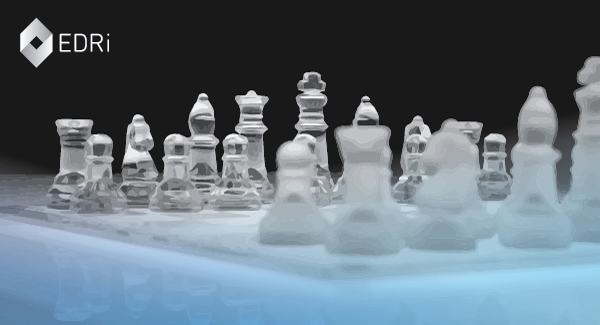 So, the Estonian Presidency is acting against Estonia’s interests because of a mistaken belief that the ephemeral benefits will outweigh the years of costs.

The Estonian Presidency is being energetically encouraged to do this because, by coincidence, the Estonian Commissioner (who inherited the mess from German Commissioner Oettinger) coincidentally has overall responsibility for the file. He apparently feels he has a duty to the Commission to push this bad proposal to a conclusion.

So, the Estonian Presidency is behaving in the way that EU Council presidencies traditionally act, faced with the additional pressures of being one of the smallest EU Member States and the challenges of a former Prime Minister as the Commission Vice-President under whose responsibility the Copyright Directive falls.