Counter-terrorism laws that have continued to pile up in the past years in Europe have constantly eroded the rule of law and reinforced executive powers of the state to the detriment of judicial oversight. 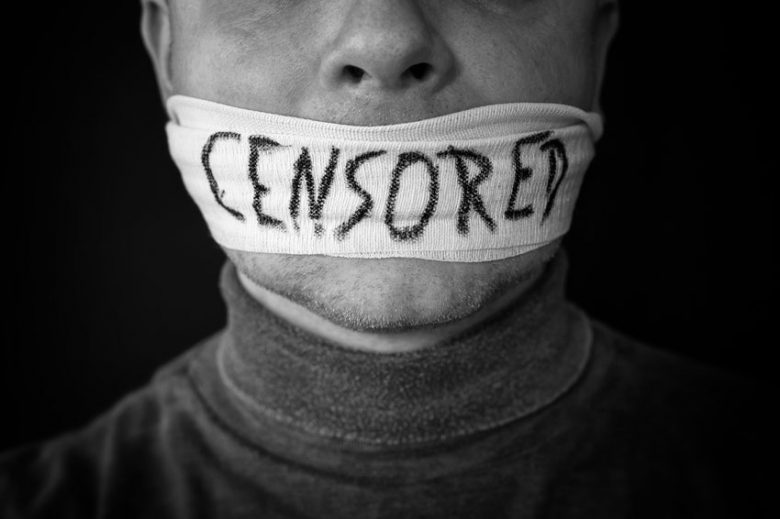 In Poland, three women face two years of prison for offending religious sentiment by making posters of the Virgin Mary with a rainbow halo. Poland’s ruling Law and Justice (PiS) party celebrated the arrest by recalling that tolerance and freedom cannot “offend the feelings of the faithful”. While surprising, this case actually demonstrates that, while oppressing the freedom of expression of marginalised communities isn’t compatible with the human rights standards of the European Union (EU), it is still happening in one of its Member States.

The EU is about to adopt a new regulatory measure to add to its stream of “solutions” to regulate online content: the Regulation on preventing the dissemination of “terrorist content” online.

Proposed in 2018, only ten days after the deadline for EU Member States to implement the Terrorism Directive and its provisions on blocking of terrorist-related content online, the Regulation consists of two main measures. First, removal orders which give national “competent authorities” the power to oblige a hosting service provider (like an online platform) to remove “terrorist” content or disable access to it within one hour from receipt of the removal order. Second, national competent authorities can also require a specific platform to take action by tracking and taking down alleged terrorist content on their own initiative. Although originally planned in the text, the imposition of content automatic filters was ruled out in the last stages of negotiations between the European Parliament and the Council of the EU.

The most worrisome element of the text are these ultra-fast cross-border removal orders without judicial review. One Member State can designate a competent authority (e.g. a counter-terrorism police unit) which can then tell any internet company offering services in the EU to delete a specific piece of content deemed as “terrorist” content. The content is then blocked for everyone in the EU. No opinion from an independent judge is required in this process. Going back to the Polish case, if the picture of the Virgin Mary with a rainbow halo would have been posted online, the Polish competent authorities could have ordered its censoring – effective within one hour and applicable at the EU level – if ever they considered it as a “threat to the life of a nation”.

The fact that Member States with shameful human rights records and weakened rule of law will be able to delete online content throughout the EU clears the way for politically motivated censorship. Indeed, the interpretation of the definition of terrorism remains very disparate among European States, despite several attempts to clarify and harmonise it. Unfortunately, the Regulation fails to address this issue, by introducing a vague definition, ripe for abuse. Worse still, it reproduces the shortcomings of the Terrorism directive by criminalising public messages that have no causality with actual attacks.

Counter-terrorism laws that have continued to pile up in the past years in Europe have constantly eroded the rule of law and reinforced executive powers of the state to the detriment of judicial oversight. They have been used to silence political dissidents, like the Catalan independence movement in Spain, artists, such as Spanish rap artist Pablo Hasel who has become in 2021 the second rap artist to be sentenced to prison, and ethnic and religious minorities like in France. Even impulsive social media users and children in school courtyards have been prosecuted on account of “apology of terrorism”.

This is why the cross-border aspect of removal orders is so alarming. In principle, judicial cooperation between EU Member States relies on mutual trust. Each member of the EU trusts its peers to abide by shared human rights standards, especially procedural rights (right to effective remedies, right to a fair trial, etc.). However, in the framework of the Terrorist Content Regulation, one Member State can impose its decisions about what constitutes as “terrorist content” on other Member States, with limited scope for the latter to contest and safeguard rights in the case of abuse.

As a result, this new legislative tool will likely support the further crackdown on legitimate protests, freedom of expression, and media and artistic freedom. During the negotiation rounds with the Council, the European Parliament managed to secure an exemption for and the protection of publications for educational, journalistic, artistic or research purposes and for the purposes of preventing or countering terrorism. Nonetheless, considering the few actual safeguards in place and the lack of judicial control, these protections might never be acted upon. The legislation places the burden of proving that the content is actually a legitimate exercise of the freedom of expression on the individual. This person is even required to contest the content deletion in front of foreign courts, if they do not reside in the Member State that issued the order.

Furthermore, the text obliges internet companies to ban “terrorist content” in their terms of services and “community rules”. It therefore strongly encourages the platforms to engage in voluntary monitoring and filtering activities, thus legitimising the current automated content moderation practices of dominant platforms. We have repeatedly warned against the devastating effects that automated content moderation tools may have on fundamental rights, especially freedom of expression and access to information. These tools do not understand context, cannot make complex judgments on the legality of content and therefore, often lead to the over-blocking of legitimate speech. This has dramatic consequences for many online voices, especially those already at risk and marginalised. Indeed, content related to Islamic terrorism propaganda is more likely targeted than white supremacist content – even in cases in which the former is actually a documentation of human rights violations or is serving an awareness-raising purpose against terrorist recruitment.

The adoption of such legislation is even more surprising considering the recent French Constitutional Council’s invalidation of the Avia law, which contained very similar provisions on online terrorist content. The risk that the European twin could be revoked by the courts is considerable. But judicial proceedings might take a year before a compliance assessment with fundamental rights is made. Meanwhile the censorship of thousands of European activists could be detrimental for the democratic state of our societies. We therefore invite interested parties to join the mobilisation against this proposal and stand up for freedom of expression.