In its new study, EDRi member Society for Civil Rights (GFF) examines how German authorities sniff out refugees’ phones. The aim of “data carrier evaluation” is supposed to be determining a person’s identity and their country of origin. However, in reality, it violates refugees’ rights and does not produce any meaningful results.

In its new study, EDRi member Society for Civil Rights (GFF) examines how German authorities sniff out refugees’ phones. The aim of “data carrier evaluation” is supposed to be determining a person’s identity and their country of origin. However, in reality, it violates refugees’ rights and does not produce any meaningful results. 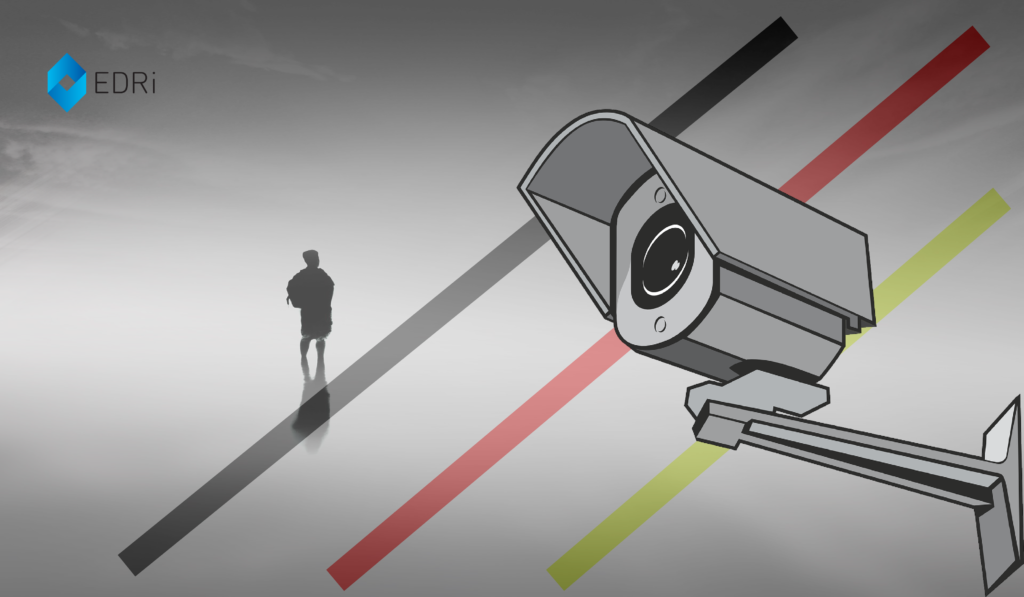 If an asylum seeker in Germany cannot present either a passport or documents replacing it, the Federal Office for Migration and Refugees (BAMF), is authorised to carry out a “data carrier evaluation” – to extract and analyse data from the asylum seeker’s phones and other devices to check their owner’s stated origin and identity. Data that is analysed includes the country codes of their contacts, incoming and outgoing calls and messages, browser history, geodata from photos, as well as email addresses and usernames used in applications such as Facebook, booking.com or dating apps. Notably, BAMF carries out this data analysis regardless of any concrete suspicion that the asylum-seekers made untruthful statements regarding their identity or country of origin.

The study “Invading Refugees’ Phones: Digital Forms of Migration Control” examines and assesses how BAMF evaluates refugees’ data and what kinds of results data carrier evaluation has produced so far. For the study, journalist Anna Biselli and GFF lawyer Lea Beckmann comprehensively researched and evaluated numerous sources. These include data carrier evaluation reports, asylum files, internal BAMF regulations, such as a user manual for reading mobile data carriers, and training documents for BAMF employees, as well as information that was made public by parliamentary inquiries.

The study found that evaluating data carriers is not an effective way of establishing a person’s identity and country of origin. Since data carrier evaluations started in 2017, BAMF has examined about 20 000 mobile phones of asylum seekers. When invading refugees privacy via data carrier evaluation produces results, it usually only confirms what the persons themselves stated during their interviews with BAMF employees.

There were already doubts about the effectiveness of data carrier evaluation before the law on Better Enforcement of the Obligation to leave the Country was passed. The law aims to speed up deportations. By introducing data carrier evaluations, legislators hoped to verify a person’s identity, country of origin and grounds for protection more quickly than before. In practice, the procedure has fallen short of these expectations. It has also turned out to be very expensive.

In relation to the limited benefit of data carrier evaluations, the costs of the procedure are clearly disproportionate. In February 2017, the Federal Ministry of the Interior stated that installation costs of 3,2 million euros were to be expected. By the end of 2018, however, 7,6 million euros had already been spent on the system, more than twice as much as originally estimated.

A blatant violation of fundamental rights

Examining refugees’ phones can be seen as a human rights violation. Despite that, Germany has spent millions of euros on introducing and developing this practice. Data carrier evaluations circumvent the basic right to informational self-determination, which has been laid down by the German Federal Constitutional Court. Refugees are subject to second-class data protection. At the same time, they are especially vulnerable and lack meaningful access to legal remedies.

Germany is not the only country to experiment with digital forms of migration control. BAMF’s approach is part of a broader, international trend towards testing new surveillance and monitoring technologies on marginalised populations, including refugees. Individual people, as well as their individual histories, are increasingly being reduced to data records. GFF will combat this trend with legal means: We are currently preparing legal action against the BAMF’s data carrier evaluation.

We thank the Digital Freedom Fund for their support.