Looking back on our 2016 victories

Technological advancements in the digital world create new opportunities but also new challenges for human rights. Especially in the past year, the fear of extremism on the one side and extreme measures on the other resulted in the desire for swift political action and made defending citizen’s rights and freedoms online a difficult task. In 2016, our European network faced demands for increased state surveillance and restrictions on the freedom of expression by private companies, and decreased protection of personal data and privacy. Our annual report 2016 (pdf) gives you an overview of EDRi’s campaigns across the European countries and our key actions at EU level.

Despite our struggles, our members, observers, national and international partners, supported by many individuals who contributed to our work, successfully protected digital rights in a number of areas.

#privacy
We successfully advocated for a reform of privacy rules in electronic communications (ePrivacy) and played a key role in the civil society efforts that led to the adoption of the EU’s General Data Protection Regulation (GDPR) in April 2016.

#netneutrality
We scored a big success in our top priority issue and secured net neutrality in Europe. This victory was the outcome of more than five years of hard work and the input from over half a million citizens responded to the net neutrality consultation in 2016.

#dataprotection
We released influential analysis that contains implementation guidelines for the General Data Protection Regulation. We published two documents highlighting the numerous, unpredictable flexibilities in the legislation and how they should be implemented.

#saferinternet
We published the “Digital Defenders”, a comic booklet to help kids make safer and more informed choices about what to share and how to share online. It turned out to be a huge success – the original English version of the booklet has been downloaded from our website over 25 000 times and published in Serbian, Turkish, German, Greek, Spanish and Italian, with other translations on the production line.

#anti-terrorism
While we regret the adoption of an ambiguous Directive, we successfully requested the deletion of many harmful parts that were proposed in the course of the legislative discussions and the clarification of some of the ambiguous language.

#privacyshield
Our criticism of the new so-called Privacy Shield was echoed by many experts in the European institutions and bodies (the European Parliament, the European Data Protection Supervisor, and the European Ombudsman) and led to mainly negative press coverage for the Commission and continued pressure for a more credible solution. 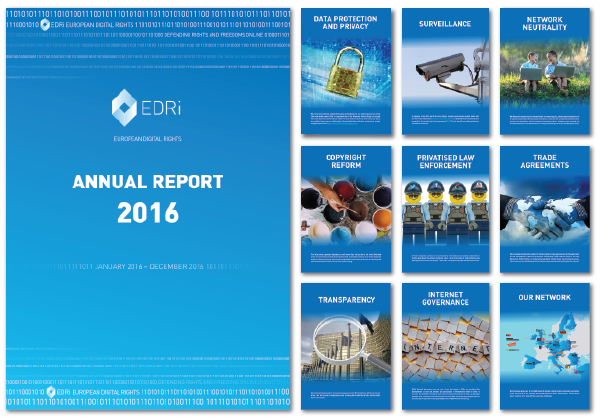 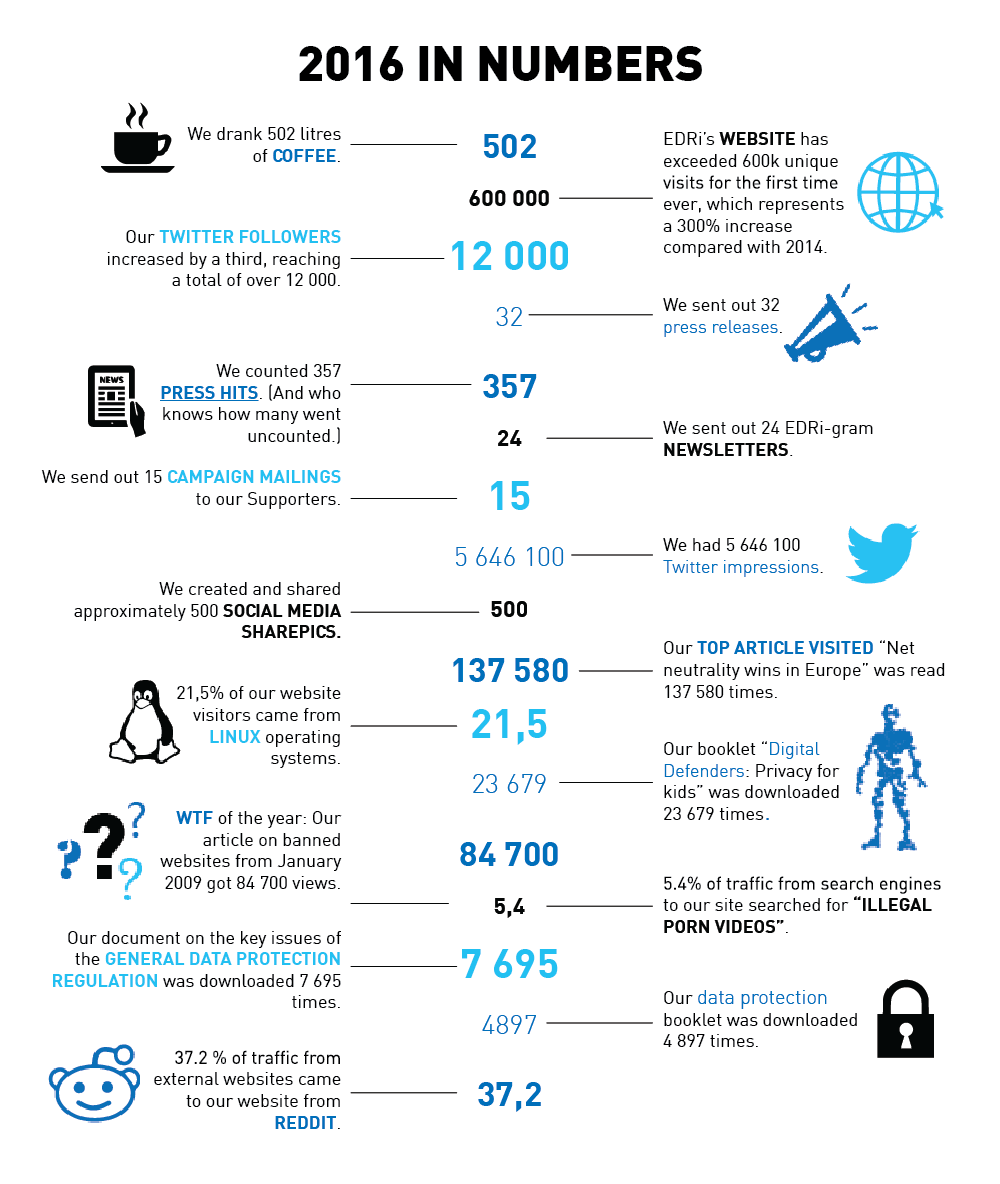