In light of the upcoming proposal for the regulation of artificial intelligence in Europe, 116 Members of the European Parliament (MEPs) have written to the European Commission’s leaders in support of EDRi’s letter calling for red lines on uses of AI that compromise fundamental rights. 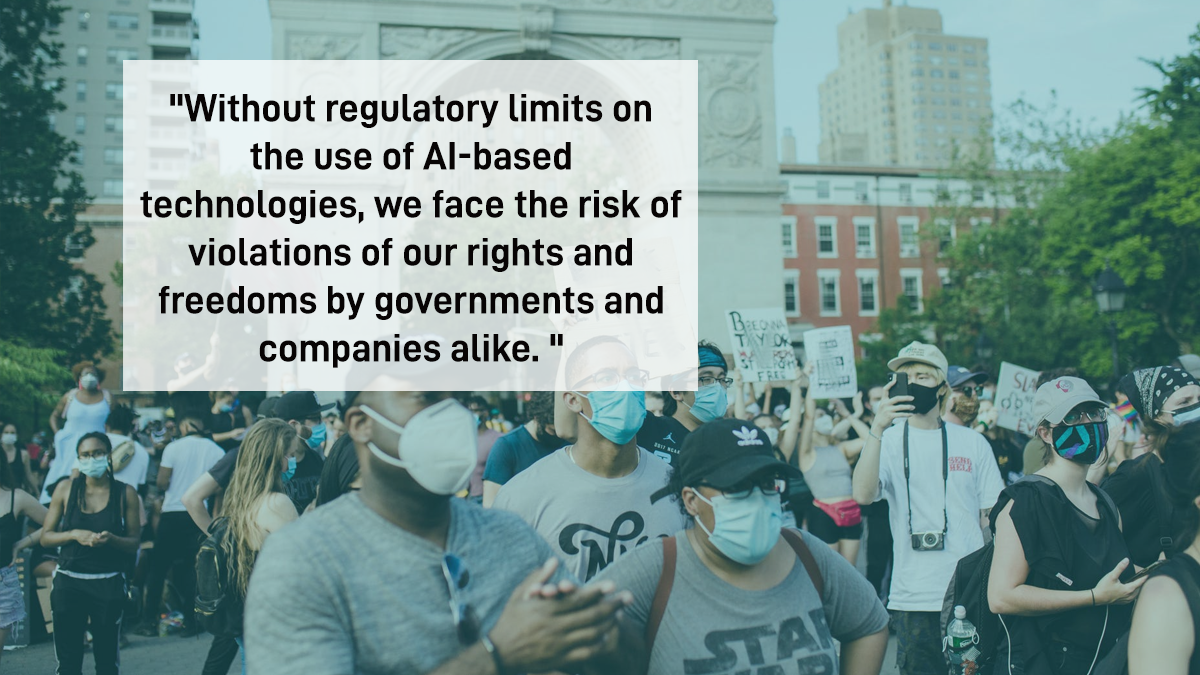 In a month’s time (April 21) the European Commission will launch its much anticipated proposal for the regulation of artificial intelligence in Europe. The big question will be, does the proposal prioritise people over profit?

So far 116 Members of the European Parliament (MEPs) have written to the European Commission’s leaders in support of EDRi’s letter calling for red lines on uses of AI that compromise fundamental rights.

AI systems have the ability to facilitate mass surveillance and intrusion into our personal lives, fundamentally alter access and delivery of public and essential services, vastly undermine data protection legislation, and disrupt the democratic process itself. We have also seen the ways in which AI is reinforcing discrimination against already marginalised communities, such as racialised people, women, LGBTI people, and people with disabilities.

Led by a cross-party group of MEPs including Brando Benifei, Marcel Kolaja, Kateřina Konečná, Miapetra Kumpula-Natri and Alexandra Geese, the letter urges the European Commission to ‘ensure fundamental rights protection for the uses of AI with the gravest impact on people, communities and society.’

These are not speculative concerns – they stem from very real human rights violations which have already occurred as result of the unfettered deployment of AI in many areas of public life. Whether it be predictive policing systems that target poor, working class and racialised communities, AI systems for intrusive gender ‘detection’ based on a binary conception of gender identity; or the use of facial recognition in public places as mass surveillance, the impact on people and their rights is already severe.

The signatories argue, echoing EDRi’s AI recommendations, that ‘an ambitious, rights respecting EU proposal on AI should also include the possibility to ban or prohibit applications of AI that are incompatible with fundamental rights’.

This effort showcases crucial support from MEPs ahead of the launch of the AI proposal. The AI proposal is an opportunity to set out supplementary fundamental rights protection for AI applications which pose serious harm to people.

What is at stake?

Civil society have been very clear that the European Commission has a responsibility to put people first in its upcoming proposal. In particular, 62 civil society organisations urged the Commission to introduce red lines or prohibitions on AI applications that:

This is the EU’s chance to put forward a truly people-centred response to these harms – red lines are the only effective solution to protect people and democracies.