On 28 September, the European Parliament Committee on Internal Market and Consumer Protection (IMCO) adopted its Opinion on the proposed e-Privacy Regulation. Just as it did when reviewing the General Data Protection Regulation (GDPR), it is fighting hard to minimise the privacy and security of the European citizens it is meant to defend. 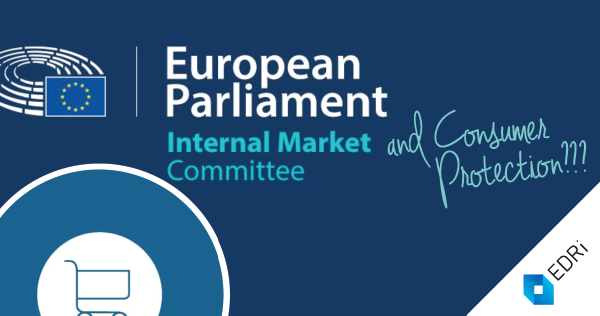 Currently, the surveillance-based online advertising market is dominated by Facebook and Google. It was estimated that, in the US, 99% of growth in the sector is being absorbed by those two companies. Most of the amendments adopted in IMCO serve the purpose of defending this anti-competitive, anti-choice, anti-privacy, anti-innovation framework.

Some of the many egregious efforts to water down the proposal include:

IMCO Compromise Amendments to the proposal for a e-Privacy Regulation
https://edri.org/files/eprivacy/eprivacy_imco_ca_20170928.pdf

Are we on the right track for a strong e-Privacy Regulation? (28.07.2017)
https://edri.org/are-we-on-the-right-track-for-a-strong-e-privacy-regulation/