Take a virtual look back with EDRi’s interactive Annual Report: How did the EDRi network protect your digital rights in 2021?

You know privacy matters but not sure what this means in practice? Do you sense much happened in Europe last year to challenge private and state actors abusing their power in the digital age? The pandemic has left you wondering what you can do to ensure technologies work for people? Then check out EDRi’s interactive 2021 Annual Report to better understand the challenges imposed on your digital rights, and how the EDRi network addressed them. Learn and engage with our strong community so we can enjoy an inclusive and equitable digital environment.

Grey hair is visible when she strokes her head, yet she is only in her early thirties. The “child benefits debacle” has made her very ill. Stress and depression have taken over. In 2015, Janet Ramessar, a Dutch woman of Surinamese origin, was put under investigation for social benefits fraud and her allowance was suddenly stopped. Janet lost her job, got into debt and lost custody of her 13-year-old son. Similar was the experience of another 30 000 families wrongly accused of fraud by the Dutch tax authority, which used an AI-powered system to classify people based on their race, religion, and background. The court recognised that the System Risk Indicatory (SyRI) system had discriminating effects against mainly poor people, people of colour and those with a migrant background as they were disproportionately and wrongfully classified as fraudulent for minor administrative issues.

Janet’s story and the lived experiences of the many families in the Netherlands are just one example of what AI-powered austerity looks like. The online and offline threats to our rights and freedoms are on the rise, as we struggle against systemic attacks on justice and democracy.

Together, we are reimagining the world we live in, centring on lived experiences and seeking solutions to the systemic challenges that limit or take away our freedoms.

This report shows the power of member organisations, partners and supporters coming together to address these challenges. EDRi member Gesellschaft für Freiheitsrechte e.V (GFF) won litigation against the surveillance of refugees’ private mobile phone data by the German Federal Office for Migration and Refugees. EDRi member in Austria, noyb, fought against systematic tracking of people on Android phones and launched 500 GDPR complaints against cookie banner terror and data retention. We also directly contributed to a series of national-level successes against biometric mass surveillance:

We continued reflecting on the conditions to decolonise the digital rights field together with the Digital Freedom Fund, worked together with allies in the Digital Dignity coalition and stood up for Romani rights. Joining forces with and beyond the EDRi network has been central to limiting and preventing private and state actors from abusing their power to control or manipulate the public.

Thanks to Gemma Portella for her work on the design of the Annual Report.

Help us protect human rights and freedoms in the digital age through a monthly donation.

There is much more work to be done and we need YOU on board as those we go against to protect our online and offline spaces.

Become a monthly donor Stay informed via our newsletters 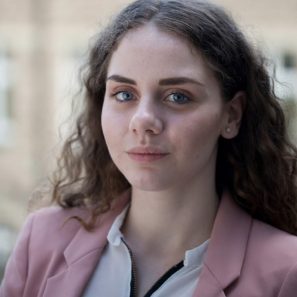