In 2018, EDRi turns 15! The entire network is proud to celebrate this anniversary and its digital rights victories.

This special edition of the EDRi-gram is an occasion to reflect on the achievements of the European digital rights movement. We want to share some of our network’s national victories and success stories such as:

Since 2003, the network’s activists, members, observers and supporters have worked together to protect human rights in a rapidly changing technological environment. We’ve grown the network from 10 to 35 member organisations and 37 observers, our office to eight permanent staff and our active supporters to around 300 individuals.

We are proud to look back on some major milestones and victories: 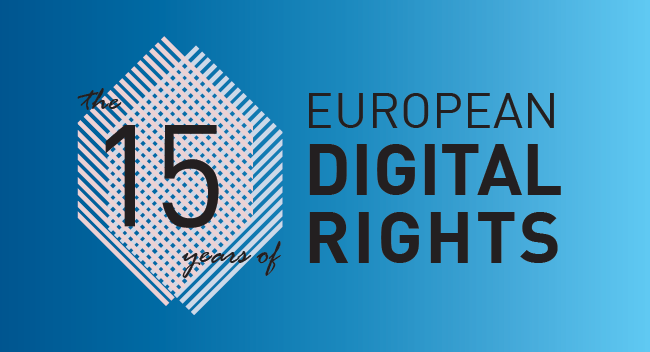